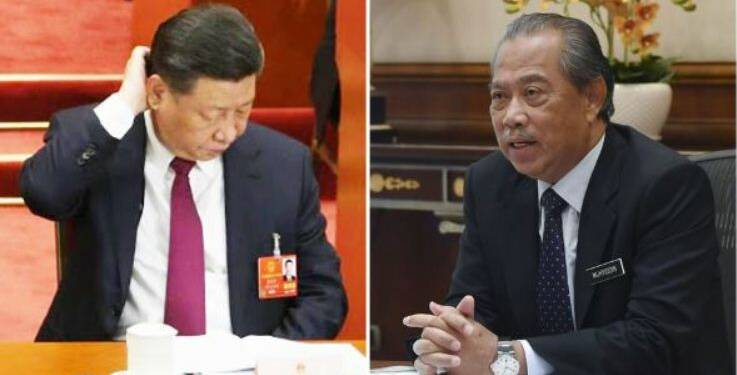 The Melaka Gateway Project was supposed to be a multi-billion dollar sprawling 246-hectare project in the Malaysian state of Melaka. Under the gigantic project which would have taken Malaysia many steps closer to becoming a client state of China, the construction of economic zones, hotels, luxury housing, and various tourist attractions was envisioned.

The project aimed at having a “glittering business district’, a robust marina, a giant ‘Malaysia Eye’ Ferris wheel, the largest cruise ship terminal in Southeast Asia, and a seven-star hotel.” Now, however, Malaysia has called off the development project, at least with present developers, effectively kicking Chinese firms and their interests out of the major project.

In a notice of termination sent to the primary developer of the project, the Melaka Chief Minister’s Office directed that the project site be immediately reverted to the state government. KAJ Development, tasked with the job of fulfilling the underhand Chinese Belt and Road (BRI) project had, for reasons best known to them, signed a deal in 2017 with PowerChina International, a major state-owned Chinese utility, and two Chinese port developers. The Melaka Gateway project was first announced by former Malaysian Prime Minister Najib Razak, who had earned a reputation for allowing an unchecked Chinese runover of his country.

A 2018 New York Times article even reported locals opining that the only criteria fulfilled by KAJ Development to win the project was that its head had close ties with the party machine of Najib’s United Malays National Organisation. However, what really spelt the death knell of the ambitious project was the Chinese involvement, and chatter of the project actually being developed by the Chinese under the Belt and Road Initiative to ultimately debt-trap Malaysia.

In fact, cementing such chatter, the project’s website itself says, “The strategic masterplan of Melaka Gateway’s development aligns with the principles of [BRI] as strategized by China.” The BRI, it added, was set to “shower abundant trade opportunities and development on Malaysia’s ports, railways, and airports.” Under Prime Minister Muhyiddin Yassin, however, China will not have it so easy, and is therefore now receiving a massive $10 billion jolt with the termination of the Melaka Gateway Project.

While many believe that this is effectively the end of the project, others are optimistic that the project will be handed over to new developers, bereft of any Chinese involvement and investment. In fact, the Malaccan Chief Minister, Sulaiman Ali was himself quoted by local media as saying that the Melaka Gateway project will not be abandoned but will be taken over by a new developer. “The development will continue, but we have some technical issues that we need to fix.” That the technical issue has been fixed with the kicking out of Chinese promoters and their sympathisers has not been given a miss by anyone.

The letter of termination to KAJ Development, and as a consequence, to the three Chinese developers, was sent on November 16. Three days after, on November 19, a Chinese coast guard ship ‘harassed’ a Malaysian drilling rig and supply ships that were operating 44 nautical miles (81.5 kilometres) offshore. Now, owing to the paper dragon’s misadventure, it is locked in a standoff with Malaysia in the South China Sea. The Chinese coast guard ship 5402 is said to have stationed itself near Luconia Shoals in a sea tract north of Borneo. Malaysia claims the same to lie under its exclusive economic zone (EEZ), even while China, as is common knowledge, claims almost the entirety of the South China Sea.

Now, the Chinese coast guard ship is being tailed by a Malaysian naval vessel. The time of such a spike in tensions between the two countries is particularly to be noted. Within days of Malaysia kicking China out of the Melaka Gateway Project, the paper dragon takes to flex its non-existent muscles against Kuala Lampur. Also, in a major snub to China, Malaysia has signed a deal with the United States pharmaceutical firm Pfizer for 12.8 million doses of coronavirus vaccines to treat 20% of its population.

Although unofficial, the latest blow dealt to Beijing by Muhyiddin Yassin’s Malaysia just adds to the list of embarrassments and forced exits which China has to make due to the much-touted debt-trapping policy of the CCP – the Belt and Road Initiative. One country after the other, realising the weaponisation of BRI, is walking out of it. Xi Jinping is thus failing miserably in his foreign policy goals.