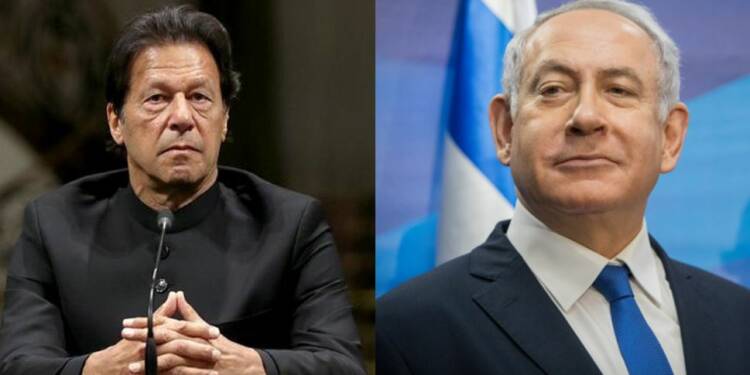 Pakistan has been going through a really tough time, and the fact that it may not be able to recover in the near future is reverberating in its foreign policy chambers. With self-induced problems coupled with greed for easy Chinese money and an all-out boycott by Arabian frenemies, the Pakistanis are now carrying out backchannel diplomacy with their Israeli counterparts for reaching a beneficial agreement for the normalisation of relations. But the real question is, what are the benefits each party is willing to provide and, in their eyes, what seems to be the doable trade-off?

For all denials and pomp and show, Pakistan is in all practical terms desperate, and about to fail as a nation-state. And in these desperate and vulnerable situations, it has opened channels of bilateral talks with Israel, as reported recently in TFI. The more conclusive proofs are coming out with Israeli media reports, quoting an Israeli political source that the talks have begun. However, as Pakistan is starting on a weak foot, the country is sure to not earn any benefits, unlike the other countries which have gained a better share in the bargain.

Pakistan had initially denied any possibility of normalisation, provoking the ire of Saudi Arabia and UAE among others. But now Islamabad seems keen to do the deal as it may bring for it a set of perks from the US and the Arab world, as received by Sudan, Morocco and UAE. Pakistan is expected to demand for a tough anti-India line to be adopted, and bigger loans. But the best deal which Pakistan may get is that, with the normalisation of relations with Israel, Pakistan would save the future of its expats and earn a little kindness from the Arab world. In other words, the only gain for Pakistan could be that it would not lose anything.

The Pakistanis are too hopeful out of the situation and blinded by their arrogance, and standard denial, cannot understand that it is they who are in the dire situation and the only way out is signing the deal. The Pakistanis have been deprived of renewed as well as new visas from the UAE, it has the largest number of expatriates there who send in a lot of foreign exchange, and with the situation Pakistan finds itself in, every penny counts.

At a time when Sudan was able to get out of the terror watch list, Morocco was able to get the Westen Saharan territories recognised by the USA, Kosovo got support from the USA in its landlocked situation and UAE got F-35s. Basically, all the countries which accepted the peace deal were able to gain something in return. And this is the surface level assessment, which Islamabad is making, and thus coming to a conclusion that it will get the USA, Israel and other countries to toe Pakistan’s anti-India line.

However, India has too much clout in the Arab world and is a transformed country. Its position in the world has transformed from a middle power to major Indo-Pacific power and no country is so influential and powerful to break the coupling of the USA and its allies with India, let alone a penniless Pakistan which has been a burden on the international community for most of its existence. Thus, notwithstanding Pakistan’s dreams and demands, it is in no position to get its demands met and what will be miraculous will be that it is able to regain the trust and confidence of the USA and Saudi Arabia, even a little bit, and that will be the only gain for Pakistan out of this deal.