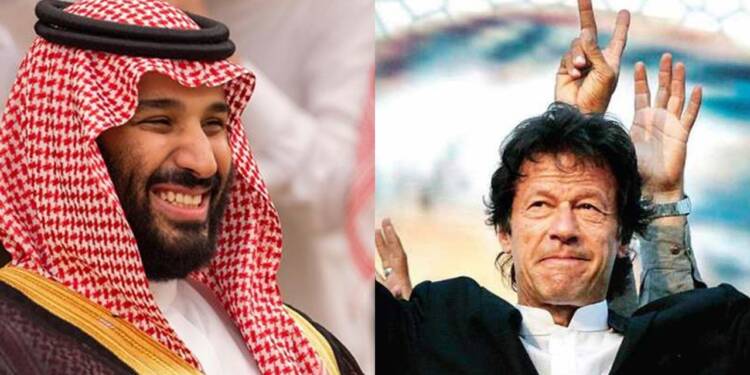 The Middle East is again at the center of attention since the regional players have been making strides to normalise relations with Israel. And in line with this, the regional powerhouse, Saudi Arabia, as per multiple reports, is the one making all the moves. It is this reality that leads to the question, will Riyadh sign the Peace Deal with Israel? And the answer is yes, but not without setting the ground clear of any possible reaction that could be threatening for the country and for that Pakistan needs to sign the Abrahamic Accord first.

Saudi Arabia is pressuring Pakistan to normalise relations with Israel and then it will slowly move towards doing the same itself. The fact that Saudi Arabia is tightening the screw over Islamabad for quite some time is enough to signal that Riyadh wants Pakistan to toe the line of Bahrain, UAE and Morocco by normalising the relations with Israel. This is further corroborated by Pakistani PM Imran Khan, who claims that Arab nations are coaxing Pakistan to embrace Israel. These efforts by the Saudis are going on simultaneously with the efforts internally. Methods of changing perception back home are being deployed through TV Series as well as by removing anti-Israel and anti-Semitism content from textbooks.

Saudi Arabia has recently forced Pakistan to return $1 billion taken in loans in an attempt to show the failed country its place and how vulnerable it is, and it is paying dividends. As per news reports, Pakistani officials may have reluctantly met Israeli officials in what looks like Pakistan may be the next country to normalise relations with Israel. Among the significant people who have spoken out about the possibility of normalisation is Noor Dahri. He is the founder of the British think tank, Islamic Theology of counter-Terrorism. With respect to the meeting, he said, “soon I am going to disclose a recent secret but successful meeting between the Pakistani politician and Israeli politicians in Tel Aviv.” He added that Islamabad is facing pressure from Arab countries to leave the Turkish bloc and normalise ties with Israel.

At TFI, we have earlier discussed all the reasons why Pakistan would want to normalise relations with Israel. And with the latest thrust of efforts from the Saudis Pakistan will be left with no option but to normalise the relations. The country cannot sustain its economy without the Kingdom’s support and as it has shown that Riyadh could cut its economic support to Pakistan, it will have no option but to expedite the process.

Read more: All the reasons why Pakistan will be forced to soon recognise Israel and dump the two-state solution.

On the other hand, the historic dramatic series Um Haroun (Mother of Aaron) has been shown on the Saudi state media, which helps to portray the secular nature of the region in the 1940s, signaling an attempt to change the perception of people in Saudi Arabia. In addition to this, a countrywide attempt to change the discourse by revamping the content of the textbooks away from anti-semitism and anti-jew tilt. Marcus Sheff, CEO of IMPACT said, “The Saudi authorities have begun a process of rooting out anti-Jewish hate, including a notorious Hadith that fueled antisemitism in the Muslim world.”

These developments point in a single direction and it is stating in big capital letters that Saudi Arabia will normalise its ties with Israel but it will do it only after it makes Pakistan and other MENA (Middle East North Africa) countries do it, before it takes the final call, that will change the geopolitical calculations of the region for centuries to come.

As India revives the IORA, France joins the massive multilateral grouping in a major setback to China