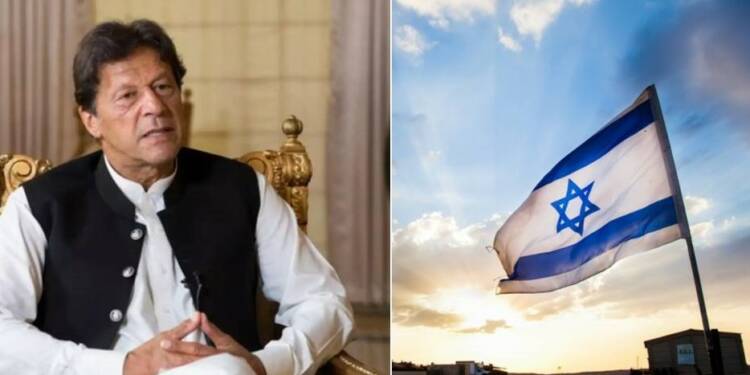 Imran Khan, in an interview, spilt the beans on the pressure on Pakistan to recognise Israel from the USA and one other country, which was later deduced down to Saudi Arabia. Imran Khan in that interview said that it can only accept the normalisation, if and when the two parties reach a mutually acceptable solution. This was a very articulate and tactical retreat from sticking to the two-nation solution wording and commitment.

The first thing to be understood here is that no state is driven by values, and when it comes to Pakistan, this becomes a fact. Pakistan has been in bed with China, and the same country is running concentration camps with much more efficient methods that the Germans wouldn’t even have imagined. Thus, Islamabad will go ahead with the normalisation as and when it finds the deal profitable and being forced is the extra push needed.

Pakistan has been in bad books of its Arabian overlords. It has been alive on the Arab money for long. Now, as these countries are moving closer to Israel, courtesy USA, Pakistan is being forced to follow suit or face equivalent consequences. UAE has already taken certain measures, be it the denying of further issuance of Visas to Pakistanis. On the other hand, MBS has not been happy with Pakistani dispensation for a while too. The Saudis have shown Pakistan its vulnerability by asking early return of a loan, some months ago. Thus, Pakistan will have to choose between resting its sovereignty by losing the safety net of Arabian countries or make a compromise and accept the normalisation.

On the other hand, there is the China factor too. China has realised that Pakistan is alone and will have to accept the terms set by Beijing. So instead of sending financial assistance for CPEC as requested by Islamabad, it has suggested fresh loans at revised rates. This has woken up the Army and Civil government alike. In addition to this, Pakistan has been swayed by the theatrics of Erdogan and an angered France, with Emmanuel Macron likely heading the European Union after Merkel; he has made it a permanent enemy of Pakistan.

Read more: ‘Rectify or else,’ France hit out so strongly at Pakistan over a minister’s remarks that Pak backed off immediately.

The sword of FATF blacklist has been hanging on the neck of Pakistan, with it not being able to get out of the grey list. In such a precarious situation, Pakistan cannot afford to be swept in with the other failed states, because it just cannot offend the Islamists and Fundamentalists within the country.

However, Pakistan is run by its Army and not the civil government. Given all the reasoning and a possible decapitation of the country itself, the military will most likely go ahead with getting into the good books of the USA, and their Arab overlords.

It will be forced to recognise Israel, normalising relations with it. This will make sure that the country remains economically afloat, and the normalisation will also mean that the European Union might also rectify its outlook of Pakistan. The country stands to gain a lot from the possible normalisation of relations, and the time is ripe to make the gains as well as rebuild the broken bonds with old friends turned frenemies – Saudi Arabia and the UAE.