Pakistan has two options, a civil war or an economic war. It is most likely to choose Civil war 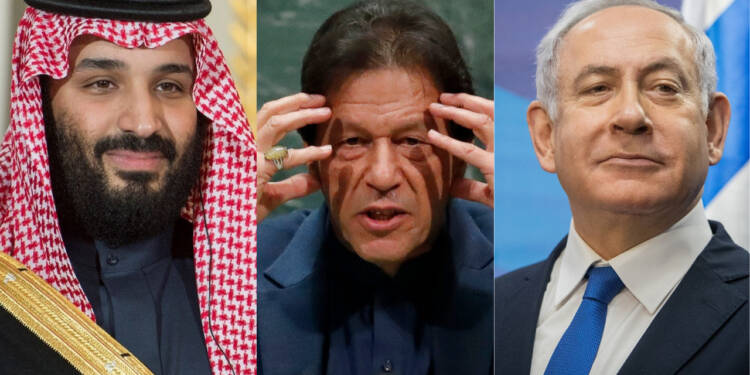 Pakistanis are in a fix, their situation is what they call being between a rock and a hard place. They are in such a situation that they cannot do without a peace deal with Israel and at the same time accept that they are in any sort of negotiations. In line with this is the current development from Islamabad, where, in a detailed interview to a Pakistani channel, Prime Minister Imran Khan has stated all the news of any sort of deliberation between the representatives of Pakistan and Israel as “fake news”.

Anyone who takes the statement by a sitting Pakistani Prime Minister is unaware of the decision-making structure of the country where the decisions come from the Army at Rawalpindi rather than Islamabad. Thus, the latest statements are only meant to douse the fire so that the country can go back to backchannels and track 2 and track 1.5 level of diplomacy.

The deal is important because, Pakistan can either choose to go through economic warfare, which will lead to civil war if it goes further down the economic distress rabbit hole or can directly go to civil war as a repercussion of the signing of the deal. And from the looks of it, Pakistan will choose civil war first, as it prepares to normalise relations with Israel. And in this process, it will have the economic support and the backing of the Saudis, UAE as well as the USA to deal with its internal problems.

“We will never recognize Israel until the Palestinians get their rights,” Pakistan’s PM Imran Khan told a Samaa TV interviewer. Pakistan can only survive if its military survives, that’s just how the country survives and the economic isolation has hit its military the hardest. The isolation and containment that Islamabad faces, under such circumstances, it won’t be able to buy new weapons and become too much dependent on China.

China has understood that Pakistan is isolated and has been capitalising on the same. The terms set by Beijing are becoming more and more non-lenient on its dealings with Pakistan. So, instead of sending financial support requested for CPEC as per the terms suggested by Islamabad, it has suggested fresh loans at revised rates. This has woken up the Army and Civil government alike and the only option is to balance their influence by getting in the USA and its ally’s good books.

In addition to this, Pakistan swayed by the theatrics of Erdogan has angered France, with Emmanuel Macron likely heading the European Union after Merkel; he has made it a permanent enemy of Pakistan.

Read more: All the reasons why Pakistan will be forced to soon recognise Israel and dump the two-state solution.

Whatever, Imran Khan may say, one thing is clear, that the Army and ISI are not going to let go of their existence to douse civil unrest. And thus, they are sure that Mr Khan will choose to normalise his relations with Israel. Pakistan is sure to choose a Civil war instead of Economic war and gain some more time before its utter collapse.