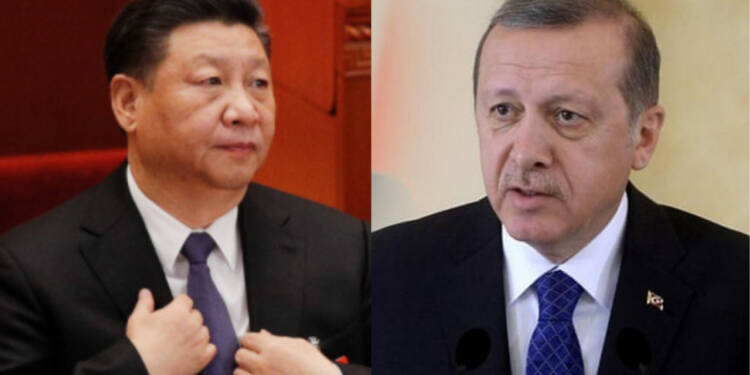 Turkey’s wannabe caliph while pursuing his dreams of becoming the overlord of the Middle East by replacing the Saudis and thus revolutionising the entire region had forgotten to look how deep his pockets were, and now stands at the last stairs of economic catastrophe. Turkish officials had for long warned Erdogan regarding the mess his policies both national as well as foreign were taking the country into. But with his big ambitions and even larger ego, Erdogan continued to plunge the country into costly overseas wars and now Turkey has become so inept that it is willing to let go of all the ego and ask China to rescue it.

Turkey has been looking for a vaccine as it has been struggling with the Pandemic. It faced much worse effects as it was and is engaged in overseas wars through its proxies in its effort to destabilize the region. As per news reports, Chinese company Sinovac Biotech is planning to roll out inoculations as early as this month after local testing and confirming the upcoming phase III clinical trial results in Turkey. The first 3 million doses of the contracted 50 million, will be delivered in the coming days.

In addition to this, another development emboldens Turkey’s decoupling from the Western block and aligning with China. The Turkey-China freight train made its first and historic journey, which encapsulates the possibility of Turkey-China partnership in the years ahead and conforming the geopolitical shift.

Turkey has been sanctioned by the US and now stands at the verge of being sanctioned by the European Union too, as Greece and Cyprus continue to mount the pressure. The closing gates of the West and the never-ending thirst for punching beyond the capabilities may very well make it the next Iran. As the country is dwindling economically just like its currency, the country is looking for the International community for help, and China is very willing to lend its hand.

Read more: ‘They were asking for it, they got it,’ Trump finally imposes brutal sanctions on Turkey and Erdogan did not see it coming.

It is an utter irony when you look at a secular country like Turkey built by the able leadership of Mustafa Kamel Ataturk and sustained growth and a beacon of hope and modernity for the Middle East lose it all, by the incompetent, Islamist leadership of Erdogan.

However this is what exactly has happened and now Turkey has increased its economic and strategic cooperation with China, which is a fancy way of saying that Turkey has accepted the overlordship of the Chinese. China, like its good old self, has agreed to invest and cooperate with Turkey, which we all know, isn’t going to end well.

Turkish Health Minister Fahrettin Koca admitted that Turkey is struggling to buy Pfizer-BioNTech vaccines at the desired timeframe by April 2021, when the country hopes to roll out domestically developed vaccines. This alone tells us how strained the relations between the Turks and the West have become.

The Chinese Embassy in Ankara said that Turkish Foreign Minister Mevlut Cavusoglu talked to Chinese counterpart Wang Yi on Monday, where Yi said, “Turkey’s decision to buy Chinese vaccines shows trust toward China, and the Chinese side will provide the necessary help.”

These developments, on one hand, confirm the shift in the geopolitical preferences in the Middle East and change the dynamics for larger power competition. And, on the other hand, it is also an “in the face” moment for Erdogan, as he has moved from dreaming of being a caliph to kowtowing to China.