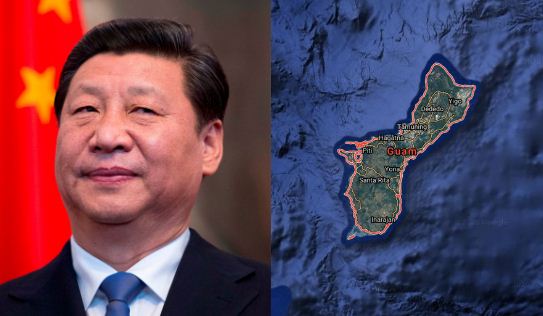 Just when we thought that the Trump administration has kicked China out of the Pacific island nations region, the paper dragon has come up with a new plan. A Chinese firm is reportedly looking to get involved in an undersea internet cable project in the region with a planned connection to the HANTRU-1 undersea cable that is used by the US government and lands at Guam, a major US military base.

As per Reuters, a bid has been submitted by China’s Huawei Marine along with Finland’s Nokia, and Japan’s NEC, for an international development project in the region worth $72.6 million backed by the World Bank and the Asian Development Bank (ADB). As per Reuters, two sources said that the US has warned Pacific island nations about security threats posed by the Chinese company’s cut-price bid. The project covers three nations- Nauru, Federated States of Micronesia (FSM) and Kiribati.

So, a Chinese firm is looking to develop an undersea internet cable in the Pacific Islands region with a Guam connection, and that too with World Bank’s money. Given the present geopolitical equations, this is in itself enough to raise security concerns in the American strategic circles. US President Donald Trump, therefore, is bound to get miffed and protest against the proposal.

Such undersea cables have far greater data capacity than satellites and have emerged as a sensitive area of diplomacy in the Pacific. And they play a critical role in international relations.

Here, Huawei Marine is not to be confused with Huawei Technologies Co Ltd., which has been the epicentre of Trump’s crusade against the Chinese tech industry. Huawei Marine had got divested from Huawei Technologies Co Ltd. and is now majority-owned by Shanghai-listed Hengtong Optic-Electric Co Ltd., part of Hengtong Group. Nevertheless, Washington remains concerned and has gone as far as warning Pacific Island nations against using the proposed undersea cable to provide critical infrastructure.

Reuters has also quoted sources as saying that Washington sent a diplomatic note to the Federated States of Micronesia in July and expressed concerns about the project. What the US reportedly alleged is that Huawei Marine and other Chinese firms are required to cooperate with Chinese intelligence and security services.

Sources also said that the diplomatic note was preceded by an earlier warning to Micronesia and Nauru government’s development agencies about Huawei Marine’s participation in the project.

FSM is an American ally, and it does seem a little concerned about the project. As per Reuters, the island country’s government disclosed that it is talking to bilateral partners in the project, “some of whom have addressed a need to ensure that the cable does not compromise regional security by opening, or failing to close, cyber-security related gaps.”

Nauru too is a Taiwanese ally. But Kiribati seems open to the project and sources say that it views Huawei Marine’s bid most favourably. Last year, the island nation even severed its diplomatic ties with Taiwan in favour of China. However, Reuters said that the Kiribati government did not respond to questions.

But from an American standpoint, the perceived connection of the proposed internet cable project to the Guam military base is the biggest concern. The American military base is a game-changer in the Pacific Islands region. And the US doesn’t want to lose its leverage over China at any cost.