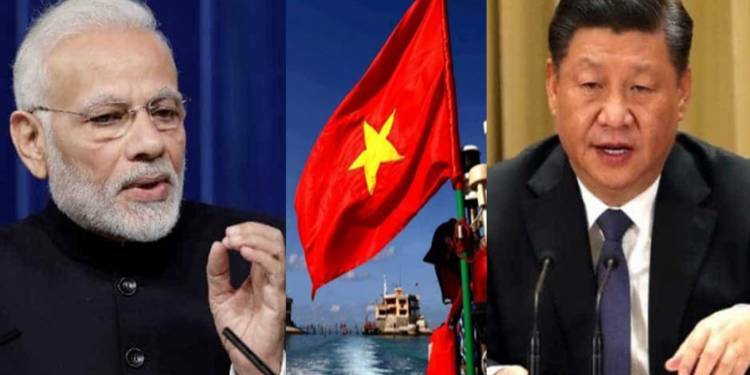 The engagement of Quad with the ASEAN countries is in full swing and the sustained Indian engagement with its good friend Vietnam is a highlight, looking at the larger picture. Indian Prime Minister Narendra Modi and his Vietnamese counterpart Nguyen Xuan Phuc are scheduled to have a virtual bilateral summit today. This is supposed to be the catalyst to take the relationship to the next level.

With an eye on China as their common neighbour as well as aggressor, for India in Himalayas and Vietnam in the South China Sea, the two countries may go ahead with giving teeth to the strategic partnership by increasing the bilateral commitments in military, trade and commerce as well as people to people contact. The virtual summit comes in the backdrop of the increased Indian effort to build the northeastern infrastructure to increase the connectivity with its eastern neighbours, in addition to the efforts for the diversification of supply lines and intensive engagement with ASEAN countries by all the quad member countries.

The Ambassador of Vietnam to India in an interview to The Print said that India and Vietnam are planning to take their comprehensive strategic partnership to the next level by “building on it to prepare for an uncertain world”. Ambassador Pham Sanh Chau said that the meeting will be focusing deeply on further strengthening the Defense and Energy cooperation. The cooperation in these two sectors is a telltale sign of the two countries coupling together to counter China’s brute aggression with one of their own.

Defence cooperation is one of the five pillars of the comprehensive strategic partnership between the two countries. Just last month, in another intensive virtual dialogue between Defence Minister Rajnath Singh and his Vietnamese counterpart General Ngo Xuan Lich, India offered Vietnam a line of credit worth $500 million to develop its defence industry. This time, a number of agreements or announcements are likely to be made, covering areas such as defence, energy, development partnership and healthcare.

As per the press release, the implementation of India’s $100-million defence line of credit for 12 high-speed guard boats for Vietnam will also be a focus point. It comes in the backdrop of Vietnam already signing agreements with Japan regarding weapons purchases.

As per HT, the bilateral summit will also focus on India’s development and capacity building assistance through initiatives such as the quick impact projects, Indian Technical and Economic Cooperation (ITEC) initiatives, projects in water resource management in Vietnam’s Mekong delta, among others. This can be a precursor of a trilateral infra-economic development initiative by India-Vietnam-Japan in the South East Asian region.

Read more: Imagine a railway line that runs from India to Thailand and Vietnam. Well, it is going to be a reality soon.

The two countries are trying to end the year by doing a one-upmanship on China. Both countries have faced the brunt of Chinese belligerence and aggressive posturing. And thus, with an eye on China, India and Vietnam will be coming together to counter the Chinese and this bilateral virtual summit is sure to be the catalyst and precursor to the coupled containment and countering of China in the South and South-East Asia, in 2021 and beyond.