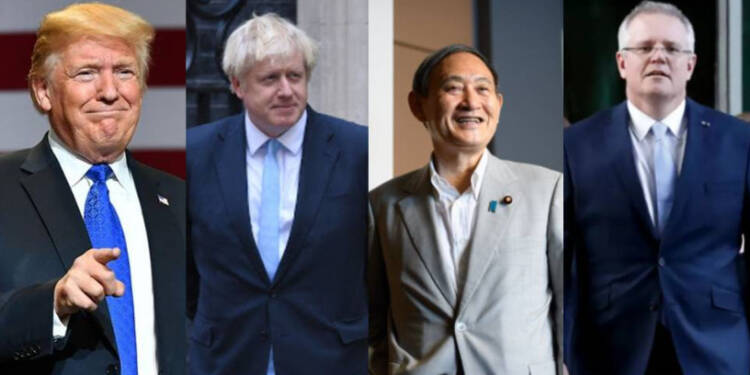 The world’s most powerful intelligence-gathering alliance, the Five Eyes, seems to have developed fissures within itself. Three anti-China powers in the alliance- the US, the UK and Australia, can longer trust New Zealand and Canada over their pro-China behaviour. From a Nikkei report, it seems that the US, the UK, Australia and Japan could form a new intelligence alliance, snubbing New Zealand and Canada.

Intelligence goals of major democratic powers are becoming more Asia-centric and China-focussed. This summer, UK Prime Minister Boris Johnson along with some others started making positive remarks about Japan’s entry in the Five Eyes Alliance. But an ex-official in the Australian government has suggested a “3+Japan” format, which would, of course, exclude New Zealand and Canada. If and when, such an alliance comes up, India too would become a significant stakeholder in anti-China intelligence gathering.

Nikkei quoted the former Australian government official as saying, “I think it is a big mistake for Japan to try to join the Five Eyes itself. Japan doesn’t have the intelligence-gathering capability to contribute sufficiently (and in English) to the rapid and automated exchange of intelligence that happens every day.”

The former official added that 5+Japan or “3+Japan” with the UK, the US and Australia would be a “much better format,” and “less likely to lead to disappointment.”

But why does a “3+Japan” sound like such a good idea? The answer lies in the way the Five Eyes Alliance works. According to former American and British intelligence officials, a Five Eyes member nation often confines information from some of the recipients in the intelligence-gathering alliance. This is to protect unwarranted leaks. Yet, some of the information does get automatically shared online by the member countries.

So, it is actually an urgent need to snub New Zealand and Canada, as their pro-Beijing behaviour suggests that sharing information with the government of these two nations might be counterproductive.

On the other hand, Tokyo enjoys a lot of trust. After all, Japan is amongst the oldest American allies in Asia. However, Japan lacks capability in terms of intelligence-gathering. For a very long time, Japan remained totally pacifist and didn’t feel the need to raise a strong intelligence apparatus. Also, Japan isn’t an English-speaking nation, which itself throws a new set of challenges in a group of otherwise English-speaking Anglo-Saxon nations.

Moreover, establishing a parallel intelligence-gathering body with Japan as one of the members would allow the anti-China bloc in the Five Eyes Alliance to focus more on the Indo-Pacific. As such, the US, the UK and Australia, would all be interested in the information that Japan gathers about an increasingly belligerent China.

Also, the US and Australia would realise how snubbing New Zealand and Canada, and joining hands with Japan instead would create an intelligence body with great affinity to the QUAD- an informal strategic forum comprising Australia, India, Japan and the US to contain China.

The fact remains that India won’t join the Five Eyes Alliance, even if Japan joined it because New Delhi would be a bit too concerned about sharing sensitive information with Canada.

India would not join even a “3+Japan” format instantly because both New Delhi and the West still don’t share so much of mutual trust that the two powers would start sharing sensitive information at such a high level. Nonetheless, India would be any day more comfortable with an intelligence-gathering alliance that excludes Canada and New Zealand.

Also, the UK, the US and Australia would also be very much interested in getting India to join an intelligence-gathering alliance with them.

While Japan does enjoy a lot of trust with these nations, it is well-understood that India has immense capability in terms of intelligence-gathering. New Delhi has a lot to offer in terms of quality and quantity of intelligence. India is a security-conscious country with an impressive intelligence apparatus, much of which is devoted to tackling the China threat.

So, the world may as well move over the Five Eyes with a “3+Japan” format, featuring a much more active Indian role.