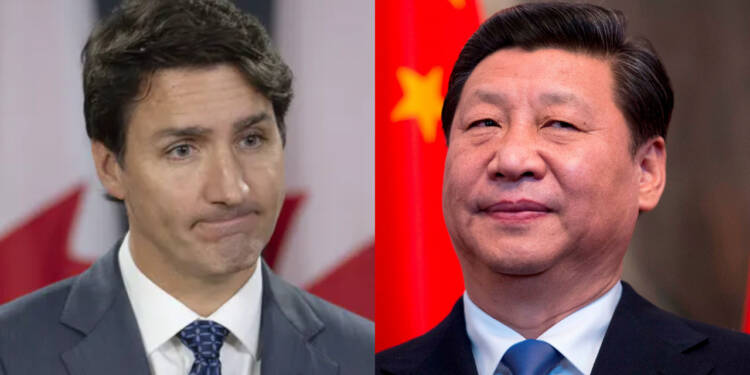 The Canadians under the in-apt leadership of Justin Trudeau, have even forgotten the ‘E’ of Economics. They have traversed so deep into political correctness and inclusivity that they are even bailing out the Chinese companies which are either directly state-owned or are in some parts linked with the Chinese Communist Party. The most disturbing part of the whole situation is that some of these companies even have links to the exact people and organisations perpetuating the crimes on Uyghurs in the Xinjiang region of China.

The Canadian government published a database detailing the various companies that they received government financial support under the Canada Emergency Wage Subsidy (CEWS) program, and many companies which are totally or partly owned by the Chinese government got the financial assistance. To put it bluntly, Canada is paying companies from China to take the large chunk of profits back to the mainland, which is then used by them in financing the current genocide of Uyghurs and all of this by Canadian taxpayers’ money, which could otherwise be used to look after the interests of the Canadians, if not for the flawed policymaking.

Under the program, any company notwithstanding its origin, which has a payroll account registered with the Canada Revenue Agency (CRA) and has experienced a drop in revenue can apply to have up to 75% of their employee’s wages subsidized by the government, which is huge support from the government, but it is going in the wrong hands. Since the companies do not need to be based in Canada as long as they operate in the country, multiple companies owned by the Chinese government were able to receive subsidies under the program.

It included companies like Air China and the Toronto branch of Bank of China. Air China is a subsidiary of the state-owned China National Aviation Holdings, which received the wage subsidies. The company also collaborates with Huawei which has links with the CCP.

On the other hand, the Bank of China has had a long history of scandals, including being accused of circuiting cash to and from countries such as Iran and Syria to terrorist organisations inclusive of Hamas and Palestinian Islamic Jihad. Imagine the Canadian government indirectly funding the organisations, which it has itself recognized as terrorist organizations. This is exactly what Canada is doing.

It is not the first time though, that Justin Trudeau has turned a blind eye just to appease his Chinese masters. TFI had reported that Justin Trudeau had invited the Chinese People’s Liberation Army ( PLA), to conduct cold-weather training with the Canadian Military Forces back in 2019. But that could not happen, given the arrest of two Canadians by the Chinese government, yet the intent was clear.

Justin Trudeau has single-handedly undone Canada’s good relationships with its friends be it India or others, being irresponsible when it comes to taking care of its own citizens, and now with the current developments, he has totally failed his people in the current pandemic when Canada needed a leader with a spine. Mr Trudeau has literally played the Chinese from the Canadian citizen’s hard-earned and well-deserved tax money.