Is Russia going to ban TikTok next? Well, there are very clear signs 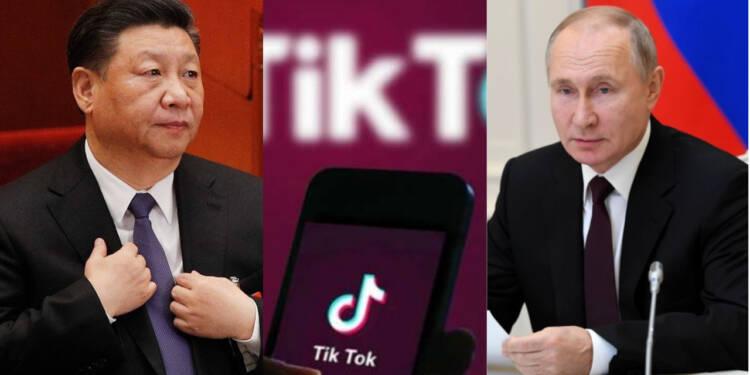 TikTok, a short video sharing app operated by Chinese company ByteDance, has run into trouble in countries like India and the United States. Even the Islamic Republic of Pakistan, a Chinese Client State in South Asia, has blocked TikTok for allegedly failing to comply with instructions for “development of an effective mechanism for proactive moderation of unlawful online content”.

But now even Russia, China’s so-called Communist comrade, is developing its own, indigenous TikTok. Alexander Zharov, the CEO of Gazprom-Media, Russia’s leading media holding which is managed by State energy major Gazprom, has announced that the holding has purchased a new service. Zharov was talking about “Ya Molodets (I am great).” The Gazprom-Media CEO disclosed that the app was developed with the support of Innopraktika foundation- an organisation run by Putin’s alleged daughter, Katerina Tikhonova.

Zharov added that Gazprom-Media will “use the project’s software to speed up the creation of a new video service for Russian bloggers.” The app is designed on lines of TikTok. It will support the sharing of short vertical videos, similar to China’s TikTok.

Meanwhile, the lower house of Russia’s Parliament passed a legislation on Wednesday, that would permit blocking internet platforms if they are found guilty of “censorship” and “discrimination”. Moscow wants to control the content on the Russian internet segment, which is why the Russian legislature is looking to permit bans on internet platforms. At the same time, Russian State-run entities are finding indigenous solutions to avoid any vacuum once foreign apps are banned.

Now, we know for a fact that at least Russia is developing a TikTok alternative, though we can only speculate what Russia wants to do with the Chinese company. However, TikTok and the Russian government don’t really share a lot of bonhomie.

In 2019, TikTok pledged to co-operate with Russian authorities, following the announcement of a probe by Russia’s State media regulator into whether the Chinese app distributed child pornography or any other banned content.

However, in September this year, a TikTok executive seemed to criticise the Russian laws. TikTok’s Director of government relations and public policy in Europe, Theo Bertram, told British legislators, “I think the Russian law is terrible and our community does too, and they strongly voice that on the platform.”

Bertram added, “But unfortunately we have to comply with the legal requests in the country we operate.”

So, TikTok and Russia never really shared a comfortable relationship, despite the video-sharing app being based in China. A TikTok executive had called the Russian laws “terrible”, and now Russia is looking to launch its own TikTok with the support of a foundation run by Putin’s alleged daughter.

Chinese vaccine fails in Brazil, but China is ready to fudge data to sell it