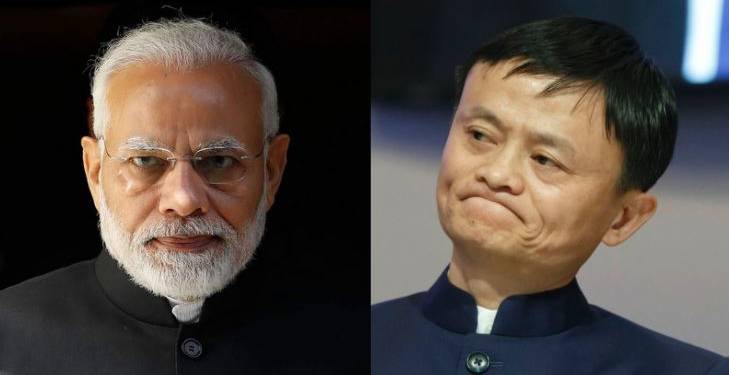 India has made up its mind to keep punishing China. Just when the paper dragon would have thought that India is done banning Chinese apps, the Indian government has dealt yet another severe blow upon the Middle Kingdom. In its latest bid to punish Beijing, India has blocked 43 Chinese apps from accessing by users in India.

Notably, the worst-hit is the Chinese e-commerce giant, Alibaba. Popular shopping website, AliExpress is among the 43 apps blocked by India. Other blocked apps include AliSuppliers Mobile App, Alibaba Workbench and Alipay Cashier. Alibaba is already facing a lot of trouble in China and now India’s latest tranche of Chinese apps ban is mounting further trouble on the Hangzhou-based company.

Within India, banning Chinese apps has become a unique yet easy method to punish the paper dragon in the background of the ongoing military standoff between India and China at the Line of Actual Control- the effective Indo-Tibet border.

India’s apps ban hurts Chinese tech giants like Alibaba profoundly. India is a huge internet market with 800 million smartphone users. It is not possible for any tech firm to expand exponentially at a global level without a significant user base in India. New Delhi has relentlessly banned hundreds of Chinese apps since June. In June, 59 Chinese apps were banned. Later, in September, another 118 Chinese apps were banned.

In fact, India’s Chinese apps bans have set a global trend of going after Chinese apps and tech giants. It was only after India cracked down on Chinese apps over security concerns that the Trump administration in the United States also decided to go after China-based apps like TikTok and WeChat.

India’s latest tranche of Chinese apps ban is however going to be particularly painful for Alibaba, an e-commerce giant founded by Chinese billionaire Jack Ma.

Alibaba is already facing a lot of trouble in China at the hands of a vindictive Xi Jinping regime. The global backlash against Beijing has ravaged the Chinese tech sector. And Alibaba is no exception. These tech giants would definitely want to expand their footprint within China, given diminishing opportunities outside the Communist nation.

Jack Ma himself went as far as criticising China’s outdated financial regulation, which he feels is badly suited for upcoming fintech solution firms like Ant Group Co., an Alibaba-affiliate.

Jack Ma’s public criticism however did not go down well with the Xi Jinping administration. China’s senior government officials are now furious with Alibaba founder, Jack Ma. As per Wall Street Journal, Chinese President Xi Jinping personally made a shocking decision to torpedo Ant Group’s ambitious Initial Public Offering (IPO), which would have been the world’s biggest only if Jinping hadn’t halted it.

Alibaba is under a lot of stress within China. Following the backlash by countries like India, the Chinese tech sector is now struggling in face of a vindictive Xi Jinping regime. Alibaba has somehow managed to become the epicentre of Xi Jinping’s crackdown on Chinese tech giants. To make things worse, India’s latest Chinese apps ban also seems to target Alibaba.