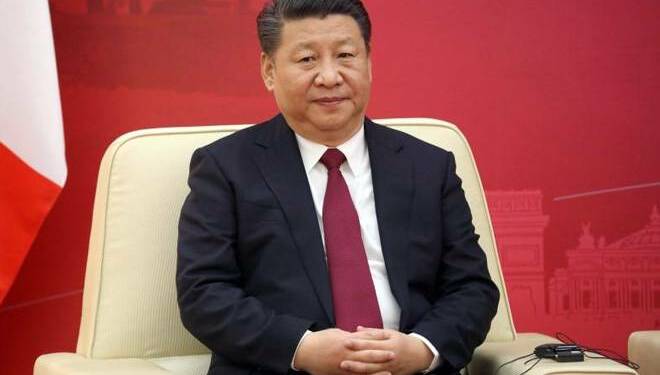 China’s economy is in the doldrums. And Xi Jinping can no longer hide it, even if he wants to. In a shocking development, Nikkei Asia has reported that as many as 57 companies have given up plans to issue combined fixed income securities worth 44.2 billion Yuan (or $6.72 billion) in China’s domestic market.

The massive bond sale cancellation has come as a knee-jerk reaction after Huachen Automotive Group defaulted on payment of principal and interest of a 1 billion Yuan bond last month. The latest development illustrates the sheer panic that has engulfed China’s financial markets. The Chinese economy has been passing through a troubled phase and now the Chinese financial markets are also indicating an imminent downfall in the Communist nation.

The fact remains that some of the Chinese corporate giants and State-owned enterprises are under serious stress. Huachen, which defaulted last month and triggered the ongoing financial crisis in China, is actually the State-owned parent of Brilliance China Automotive Holdings, a well-known automaker listed in Hong Kong that partners with BMW and manufactures luxury German cars.

Huachen’s massive bond default, therefore, came as a real shock for Chinese companies that are clearly no longer willing to bet their money on volatile Chinese markets. In fact, the pace of bond cancellations has only accelerated, as other State-owned Enterprises in China like chip producer Tsinghua Unigroup have replicated Huachen in terms of default.

Ping An International Financial Leasing, a financial services conglomerate, called off a 2.6 billion Yuan short-term note on Wednesday. A unit of the Ping conglomerate, Ping An Insurance Group cited “relatively large volatility in the market recently,” as the reason behind bond cancellation.

There are a number of reasons why the Chinese economy is falling apart. The economic mess in the Communist nation is partly a disaster of Xi Jinping’s own making. Presently, the Chinese tech giants have got caught up in a fallout between Chinese President Xi Jinping and Chinese multinational technology company Alibaba’s founder, Jack Ma.

Jack Ma has gone as far as claiming that China’s banks operate with a “pawnshop” mentality, and has also criticised their incessant obsession towards collateral and guarantees.

At a public event last month, Jack Ma went as far as calling China’s financial regulation outdated and badly suited for upcoming fintech solution companies like his new venture- Ant Group Co. Ma once used to be the crown jewel of CCP, but his latest comments about China’s outdated financial regulation haven’t really gone down well with Xi Jinping.

But the vindictive action against Chinese tech companies is just a small part of the bloodbath that the Chinese economy is going through. Absolutely nothing is going right for Jinping. China’s forex reserves are dipping at breakneck speed. Around 4 per cent of China’s gold reserves have turned out to be fake. The impact of Wuhan virus Pandemic in China remains largely underreported and the global backlash against Beijing including Trump’s tariff wars are ransacking China’s export-based economy.

Xi Jinping himself seems rather desperate and has been making promises like importing goods worth $22 trillion over the next decade, in order to win favour with the rest of the world. Quite clearly, China’s economic mess has begun and the first casualty is a $6 billion bond cancellation.