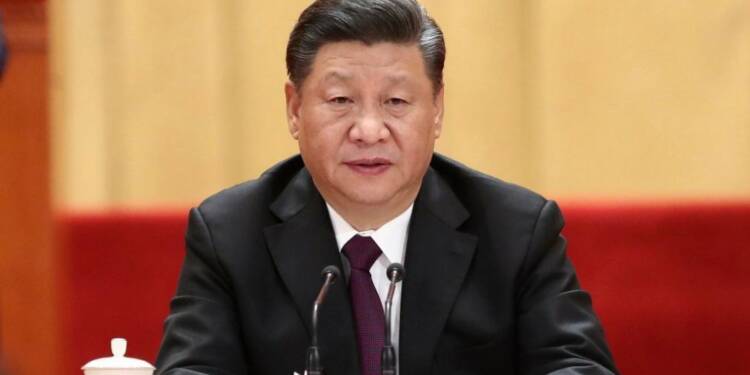 An all-new crisis is about to hit the Chinese economy with the Chinese Communist Party (CCP) staring into a deep crisis triggered by China’s dwindling Foreign Exchange reserves. The Foreign Exchange crisis is likely to derail Xi Jinping’s “self-reliance” plans as China continues to rely on a range of imported goods including petrol, food, and semiconductor chips.

In fact, amidst all the hullabaloo of Chinese “self-reliance” due to isolation by free world countries like the US, India and Japan, what is happening is that the paper Dragon isn’t able to get rid of its heavy import bills but at the same time Chinese exports are dipping. Simply because Chinese import expenses haven’t come down, but export income has gone down terribly, the Chinese Foreign Exchange Reserves are declining rapidly.

It is important to mention here that the Chinese economy remains an export-based economy. It was also due to its vast exports that China was able to finance its heavy imports. In 2019, for example, China spent a humongous $588.8 billion on importing food, petrol and chips alone. Another $100 billion were spent on non-trade activities like international tourism and students’ travel.

Till now, China’s booming export sector used to foot the paper Dragon’s huge import bills. Between 2000 and 2010, for instance, China’s exports grew at a rate of 25 per cent per year. Such a high growth rate in exports, of course, brought along hordes of Foreign Exchange into China.

However, we do not even need to mention how Chinese exports have gone into free fall ever since the Trump administration in the US waged tariff wars against China. Secondly, countries like Japan and India are also decoupling from the paper Dragon and therefore, China is no longer the export powerhouse that it used to be.

As per Epoch Times, in the ongoing year, Chinese exports grew at a mere two per cent between January and September. China has slowly come to realise that the days of heavy trade surpluses with countries like India and the US are over. China is also not getting very good signals from the European Union when it comes to a trade deal between Beijing and Brussels.

And then there are other issues like China’s hidden Foreign Exchange debt to foreign enterprises that could mean that the Dragon’s actual foreign reserves are actually smaller than what we are told by Beijing. Moreover, most of China’s disposable Foreign Exchange Reserves are not in cash and China holds only $500 billion cash reserves in Foreign Exchange. Now, this puts the paper Dragon in a very uncomfortable situation as it has to make do with these limited reserves.

As for Chinese exports, it is unlikely to see any big jump given the general hostility coming from powers like India, Japan and the US, and even the European Union. China is therefore fast moving into a Foreign Exchange Reserves crisis even as Chinese exports dry up, but Chinese imports continue to grow uncontrollably. Beijing’s Foreign Exchange Reserves are thus depleting at a breakneck pace without any relief in sight.