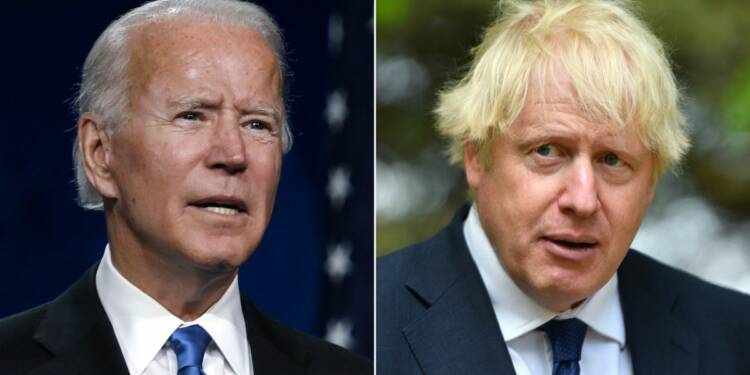 The upcoming Biden Administration in the US is widely seen as a boon for the Chinese government under President Xi Jinping. The evil regime of the Communist party with its plan of world domination and the European Union are very keen on seeing Joe Biden on the high chair of the US presidential chair.

The deep relation that was established between the Trump administration and other like-minded governments around the world like the Modi administration in India, the Morrison administration in Australia, and the Boris administration in the UK. It was under the brave and robust balance created by the bonhomie between Trump and Boris that pushed for the further isolation of China in global politics. It was this partnership that led to the massive defeat of China’s international spy agency – ‘Huawei’.

The joint efforts by the two countries effectively gave a painful death to the Chinese ambitions of unbarred spying all over the world. Huawei has been banned in many countries from supplying important 5G equipment which can be used by the Chinese government to further increase its spying activities across the world. Countries of the world had decided to unite against China in the aftermath of the exposure of the Chinese government’s involvement in spreading the virus. The UK has also pushed for its Indo-Pacific strategy further putting pressure on China and coming close to the Quad countries. The UK is widely seen as a torchbearer in the entire issue.

Read More: A Biden victory is bad for post-BREXIT UK and Boris needs India to win this fight

The ideas like expanding the G7 grouping to further include India, South Korea, and Australia, the creation of a separate group of 10 Democracies to further isolate China were the ideas propounded by the joint team of President Trump and Prime minister Boris Johnson. The D10 grouping which intends to further reduce the reliance on Beijing regarding 5G equipment supplies is the idea of the UK under Boris which has been supported by Trump. The heightened security concerns arising currently after the spread of Chinese origin Coronavirus demanded solidarity between like-minded countries of the world who share similar concerns.

The UK had been extremely confident during the Trump administration as President Donald Trump was aware of the uneven and discriminatory practices that London was experiencing during the Pre-Brexit era. Trump was also sceptical of the intentions of Brussels-based regional grouping, the European Union, about its economic motives for the US and increasing affinity towards China. Thus, during the entire process of American presidential elections, the European Union leaders were rooting for the Biden administration as Biden will come in handy in further suppressing the UK.

Biden, on the other hand, has already made his partial behaviour towards the European Union visible. Biden, by taking a page out of China’s handbook, threatened the British government into submitting against the EU’s bullying in the case of British territories of Northern Ireland. Biden’s dislike for the UK also sprouts from the racial undertones since he is Irish. President Obama also shared this dislike for Britain as he had Kenyan heritage, some scholars have noted.

But the upcoming leader of the US must realize that this immature behaviour and racist undertones will pose a barrier to his administration itself in the future. The need of the hour is containing China and the European Union which is keen on betraying its traditional partner-the US in the global war against China further complicates things.

Biden’s associates have shared the hate for the closeness between Trump and Boris Johnson for a long time. Since their stars seem to be aligned at the moment, they are keen on destroying the equilibrium by doing everything in their capacity to put the UK in a problem. Democrats who are affectionately called ‘demo-rats’ seem to be under the impression that by destroying the foreign policy structure built under the Trump administration, his legacy can also be eroded. They forget that the foundations of that structure run very deep and the same structure will continue to guide the American policy for years to come.