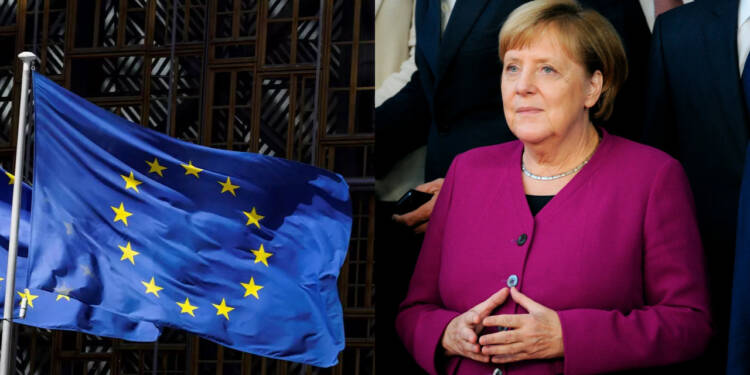 Everyone is really hopeful of things taking a turn for better as the year 2021 has rolled in, and the Europeans are also hopeful but for different reasons. For Europe, the hope has been reignited from the fact that the German Chancellor Angela Merkel is going to leave office as the leader of Germany and her disastrous reign as the leader of the European Union.

She and some of her allies have solely followed a policy of enriching themselves while pretending to care about other European Union members as they kept up the business ties with China even though it was working to dismantle the EU via its ’17+1′ initiative. She has been the main factor for the EU’s abysmal immigration policy which was a reason for the UK’s Brexit. She has also has compromised the credibility of the European Union on the international podium by shaking hands with the devil, i.e., China.

A fundamental change in German policy towards China is being predicted once Merkel is replaced. POLITICO quoted a Bundestag official as saying, “Once Merkel is gone, I think you will see a quick shift, possibly a drastic one.” And we can see the hints of changing political atmosphere already with the German Foreign Minister Heiko Maas, an SPD leader toughening his China policy.

Read more: Merkel’s potential successors aren’t very fond of China and Merkel can’t do anything about it.

In the meantime, French President Emmanuel Macron is flexing his muscles, and by way of practical actions, setting the example of how he would be as a leader. His policy reintroduces the continent to its civilization past and thus establishes its streamlined foreign policy, which does not compromise with its morals and thinks of the continent as a whole. This will be in stark contrast to the reign of Angela Merkel and thus, would give hope to reclaim the lost glory of Europe.

Immigration is an issue where we can see a very visible and very effective contrast which will not be catering to some imaginary utopian humanism but will be based on reality and in line with the need of other member nations. The glimpses of this were visible when in late 2020 the European nations faced a slew of Islamic terror attacks. At that time, it was Emmanuel Macron who made the whole Europe, in unison, condemn the Islamic Extremism which was remarkable as it provided a barometer for future migration policies blacklisting people based on the shared understanding of Islamic extremists.

In addition to this, France under Macron is also entirely clear about how to deal with China and his cabinet is not filled with people living on Chinese money, which was the case with Merkel’s Germany. Thus, he will be able to take on the Chinese Communist Party’s designs and unite the EU for getting more favourable deals from Beijing without compromising on the issues of human rights. This has been read by the Chinese pretty early, that is why, after France was admitted into the Indian Ocean Rim Association, there was no statement from the Chinese side. The wolf warrior diplomacy, which has become China’s hobby was also missing this time. This is probably because China is left with no cards to show. It has realised that the blatant and unnecessary aggression that it has been trying to utilise does not work on big countries.

Also, France unlike Germany has had its Indo-Pacific policy out way before it even took cognisance of the term. It has been working with other Indo-Pacific countries via bilateral and multilateral, as well as, conducting naval exercises, with many scheduled for 2021. Thus, as the world will move to contain China, the EU will find a leader which has goodwill among the major Indo-Pacific powers and can help forge deeper ties for the EU as a whole, unlike Merkel.

Emmanuel Macron will try to fill the shoes of the US while strengthening multilateral understanding with like-minded countries, while toeing the line of a western consensus to contain China in the Indo-Pacific. Thus, the year 2021 will give Europe a realistic opportunity to reclaim its lost glory, which became history under the abysmal leadership of Angela Merkel.