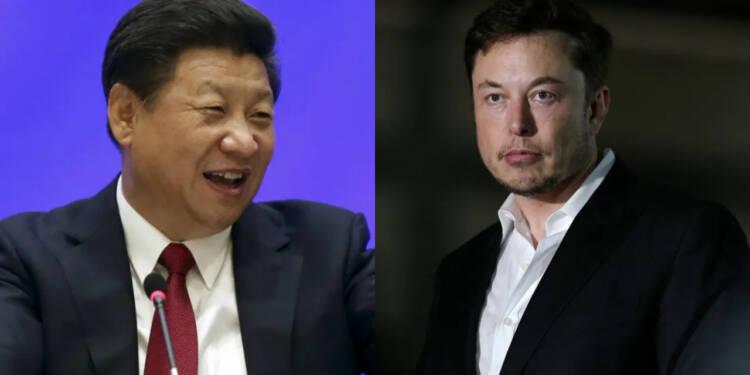 Elon Musk for a very long time has been a little too applauding of the Chinese Communist Party, notwithstanding the sweatshops, child labour as well as the forced labour which are very much normal in the autonomous regions of Chinese domains. Earlier, he has even participated in multiple programs conducted in China and has engaged with the Communist Party on multiple occasions, given Tesla’s manufacturing units in China. He has also very famously held a talk with the Chinese business tycoon Jack Ma, who is facing the wrath of the CCP since the near past.

As reported by news portals, Elon Musk in a recent interview went to extremes to sing praises of the Chinese Communist Party, even at a time when the biggest success example of China’s pseudo market capitalism, Jack Ma is facing state-sponsored bullying and harassment.

Read more: Where is Jack Ma? After his showdown with CCP, the Alibaba founder has gone missing.

In an interview with the Business Insider, Elon Musk was asked wide-ranging questions. One of them was his association with the ruling Chinese Communist Party and his increasing investment as well as business interests in China. While asking this question, the main revolving and contentious part was the ethical concerns and the human rights baggage which comes with setting up manufacturing in China. These questions were concisely articulated as ‘China’s standing in the world of technology and the “ethical limitations”.

Elon Musk responded to these questions, in a way that would immensely please Xi Jinping and the Chinese Communist Party. In the interview, he said, “First of all, my experience with the government of China is that they actually are very responsive to the people, in fact, possibly more responsive to the happiness of people than in the US. And when I meet with Chinese government officials, they’re always very concerned about this. Are people going to be happy about a thing? Is this going to actually serve the benefit of the people?”

Even after the US government and all the other governments around the world are going against China on the issue of Human Rights, Elon Musk seems not interested in the Chinese wrongdoings as long as his business interests are served. Here is one of the world’s richest men, who was able to succeed in the societal environment created by the American capitalist system praising the same China who had taken down a capitalist like Jack Ma.

Read more: Is Silicon Valley so disillusioned by Democrats that it is deciding to shift base?

Elon Musk has been at loggerheads with the authorities of California and many of the US elected representatives have been critical of his business practices, however unreasonable those criticising him maybe, there are other US states like Texas, which have welcomed him. Him going gaga over the Chinese Communist Party and stating it to be the angle and white horse which it is certainly not going to shows that Mr Musk has decided to overlook the Chinese human rights record and its abuses all over China for a dual reason of business interests and to settle scores with the US democratically elected representatives. His company was even part of the number of firms who sued the US government over tariffs against Chinese exports.

Elon Musk has let his hate for several US elected representatives get the best of him, and instead of becoming the brand ambassador of the American Dream and its capitalist ethics which have brought him where he is, he has become the brand ambassador of the Communist Party of China. If he doesn’t realise his turn for the worse, he will end up confirming his candidature for becoming a Chinese poodle and a pompous fool.

‘Take the CCP vaccine even if it kills you,’ China forces failed vaccine on its people