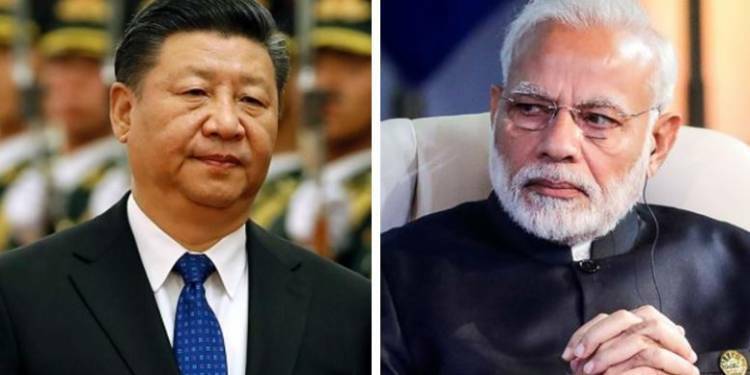 2020 was a year of setbacks for the supposedly mighty military of China and its supreme leader Xi Jinping. After being battered along the LAC by the superior Indian forces, Jinping has had to reorganise his entire military establishments so that it can last to some extent against the threat posed by the Indian armed forces who have forced the untrained Chinese armed forces to camp in the sub-zero, frosty and harsh winter conditions.

Now, according to Chinese mouthpiece Global Times, Xi Jinping, Chairman of the Central Military Commission, has signed an order to release revised regulations on military equipment, in an attempt to further privatise the PLA militia.

The revised regulations have been released to improve PLA’s war preparedness and combat capabilities. The regulations define the basic tasks, contents and management mechanisms for military equipment to work under the new situation and system.

Comprised of 100 stipulations under 14 chapters, the document adheres to the general principle of “the CMC exercising overall leadership, theatre commands responsible for military operations and the services focusing on developing capabilities.”

However, the revised laws clearly downgrade State Council’s role in formulating the principles of China’s national defence, and the right to direct and administer the mobilisation of its armed forces. Jinping is usurping the military power because he does not trust his unskilled lieutenants to hold the fort. By snatching the power from the civilian-led defence ministry, Jinping has haphazardly indicated his helplessness.

The PLA fought its last battle close to 40 years ago, and thus the lack of combat experience and knowledge of modern warfare at the top levels are hampering the Chinese military’s modernisation drive and ability to confront growing security challenges at home and abroad.

Reported by TFI, Jinping in November last year had also issued new training guidelines for China’s PLA. Hilariously, more than 70 per cent of the document was based on US military guidelines for joint operations. Why? Because China wants to foster integration between the various combat forces and the PLA’s advanced weapon systems, however, that would require knowledge of modern warfare and advanced weapon system handling on the part of the top leadership. Such knowledge is nowhere to be found in China.

China’s modernisation drive of the PLA, to put it simply, has hit a dead-end. The top leadership, comprising of elders of the Chinese military, have no clue as to how any modern systems are to be operated. Xi Jinping, however, is adamant about the top leadership and senior military commanders taking the reins of modernisation and training to modify the old manual of PLA’s operation procedure.

Read more: China faces a massive shortage of manpower for its PLA as Chinese youth decide to choose better jobs

As the world recovers from the global pandemic which, to begin with, was the making of China – Xi and his entire Politburo is on their toes, sensing the impending threat posed by the new world order.