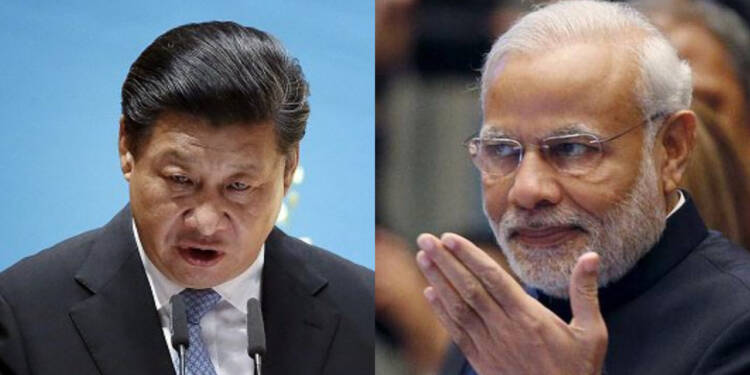 At a time when China’s largest lithium manufacturing company – Tianqi Lithium, which controls close to 46 percent of the global production of the silver-white alkali metal is reeling under an intense debt crisis and also facing down-gradation on the Moody’s rating charts, India has come up with a bold plan to tap into the lithium reserves of countries like Argentina, Chile and Bolivia. Supply chain disruptions triggered by the pandemic across the world, primarily originating from China – continue to this day. And India is about to dethrone China from the position of the global lithium production hegemon in the near future.

According to a report by the Indian Express, India, through a newly floated state-owned company, inked a pact with an Argentine firm mid-last year to jointly prospect lithium in the South American country that has the third-largest reserves of the metal. Now, the company called Khanij Bidesh India Ltd is also looking to tap into the Lithium mines of Chile and Bolivia. The state-owned company was incorporated in August 2019 by four other such companies, namely – NALCO, Hindustan Copper and Mineral Exploration Ltd. According to the report, the companies have been tasked to acquire strategic mineral assets such as lithium and cobalt abroad.

India’s strategic movement to acquire overseas Lithium mines comes in the backdrop of the country launching an unprecedented economic offensive against China, severely battering the paper dragon’s tech industry due to a global ripple effect. Currently, India is heavily dependent on lithium imports for manufacturing batteries, not just for electric vehicles, but also smartphones, laptops and other electronic items. Lithium-ion, being the future of electronics, is soon set to make Lithium ore as one of the most valuable metals as ongoing research and innovations in the lithium-ion industry begins to generate tremendous benefits.

Read more: Short on luck, India has no Lithium reserves for the electric vehicle age. But it has a plan

It is important to mention here that India has no known lithium reserves. Chile has the largest lithium reserves in the world, followed by Australia, Argentina, and China. China is the smartest player in the game here, quietly sitting on its formidable amount of the soft, white metal, waiting to extract it for export when it turns into gold. China, much on expected lines, cited geographical and terrain difficulties to tap on its large lithium reserves. However, the actual reason might be purely an economic one, which would generate significant benefits for the middle kingdom in the long run.

Being the street-smart nation that it is, China is waiting for countries at the top of the chart, with large lithium reserves, to begin exhausting their reserves. China will, therefore, look to be the lone exporter of the metal then. India, however, has worked quite a unique alternative to prevent it from being a reckless importer of lithium from China in the future.

First, early in 2018, India and Bolivia signed a Memorandum of Understanding (MoU) for the development and industrial use of lithium for the production of lithium-ion batteries. As part of the MoU, Bolivia would support supplies of lithium and lithium carbonate to India, as well as joint ventures between the two countries for Li-ion battery production plants in India.

Now, India has gone a step further and begun looking to prospect and acquire lithium mines in countries like Argentina, Bolivia and Chile. Meanwhile, China’s Tianqi Lithium is reeling under a severe debt crisis, and also defaulting on its loans, leading to Moody’s rating agency downgrading it from Caa1 to Caa2 on at least two counts. Furthermore, the Chinese lithium major has to sell its minority stake (49 per cent) in the world’s biggest lithium mine – Greenbushes mine in Australia. The proceeds of the same will be used by the company to repay its outstanding loans.

Therefore, it is becoming apparent that India is planning to join the lithium value chain with a bang, at a time when China’s influence is waning globally. Already, as reported by TFI in 2019, the Government of India was working on a policy for recycling used lithium-ion batteries by offering tax sops to recycling entities while making it compulsory for producers to collect the batteries that achieve end-of-life under the Extended Producer Responsibility norms.

In order to prevent hopeless dependence on Lithium imports in the future, especially from China, India has set in motion a plan that involves laying the groundwork for acquiring lithium assets globally, manufacturing Li-ion batteries domestically and recycling used ones so that India’s aspiration to go electric remains economically sustainable.