Ever since MBS came to power, Saudi Arabia has suddenly started looking like a nation with astute diplomatic skills 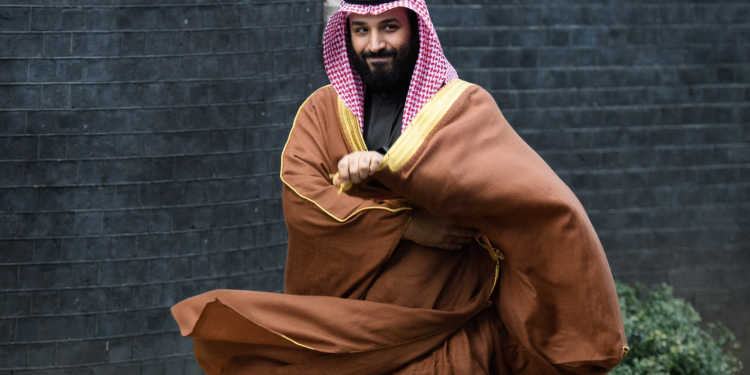 The Saudi Arabians for a very long time were only known for two things- Wahabi Islam and Oil money. However, since the coming of the crown prince Mohammed bin Salman, the tides are starting to change, and Saudi Arabia is becoming more and more proactive as well as collaborative with the larger US allies. This has, in turn, led to the implementation of decisions which show inculcation of astute diplomatic skills.

The latest example comes from the decision of the Saudi leadership, with Riyadh committing to reducing its oil production by one million barrels a day and Russia and Kazakhstan winning relatively modest production increases. The decision was unusual, as the OPEC led by Riyadh and Russia were on a deadlock again and it looked like this will lead to no productive solution. Yet, Saudi Arabia took one on itself and came up with a decision for the larger unity of the oil-producing nations.

This is one of the few times the country has broken out of its mould and its comfort zone of depending on the USA for its foreign policy decisions and acted as the real leader of the OPEC and the Gulf countries. This is the latest but not the only example of the rising diplomatic skills and Saudi Arabia realising its geopolitical position in the Middle East. However, all of this has seen the light of the day after the coming of MBS in the Saudi equation.

Arab countries, especially Saudi Arabia, have had the greatest influence in the Islamic world from a very long time. With the establishment of OPEC in the year 1960, Saudi Arabia’s GDP started growing at a fast pace due to the increasing demand for oil and the systematisation of the dispensation of crude oil. In 1973, where the GDP of this country was just $15 billion, by the year 1980 it had increased to $184 billion.

In the meantime, Riyadh has vigorously raised many global issues affecting the Islamic world, of which Palestine and Kashmir were the most important. On the back of its oil reserves, Saudi Arabia started dominating global politics. The biggest example of this is the “oil embargo” imposed by the US in 1973 on OPEC. In 1973, when there was a war between the Arab countries and Israel, the US assisted Israel, because of this, OPEC refused to give oil to the US, under the leadership of Saudi Arabia.

However, Saudi Arabia’s fame and status had only one base and that was oil. By the end of the 20th century, the United States became self-sufficient in the matter of oil and at the same time, Saudi Arabia’s influence on the oil market also began to decrease, given many other oil wells and reserves were being discovered and the entire business of crude oil saw some semblance of diversification. As the developed world started talking about green energy and organisations like Solar Alliance took shape, the oil-rich nation began to genuinely worry about its future with oil being a non-replenishable source of energy.

It was this complex situation because of which the current MBS started gaining influence. He recognised this huge problem and launched his Vision 2030 scheme in 2016, with the sole aim of taking Saudi Arabia’s economy away from entirely depending on oil and developing Saudi Arabia as a business hub as well as diversifying the economy as much as it can.

Mohammed bin Salman is today considered the de-facto ruler of Saudi Arabia and who is advancing the clear and effective diplomacy of his country without centring it on “oil”. Today, Saudi Arabia is creating a geo-political and economic transition whereby, even if there is a huge drop in the demand for oil, Saudi Arabia will continue to maintain the same position in the Middle East as it will be one of the countries who transitioned early away from dependence on Crude Oil.

Under the leadership of MBS, Saudi Arabia has been strengthening its unconventional friendship with countries like India, China and now Russia, and this is due to the brilliant diplomacy of MBS. By reducing the extraction and export of crude oil, Saudi Arabia has sent a gesture of goodwill, by which it wants to tell Russia that Riyadh will be considerate of friends if they reciprocate in kind. This may even be MBS’s attempt to bring Russia into its corner and away from Turkey, thus entirely isolating Ankara.

Take Saudi Arabia’s friendship with India for example. In the year 2019, PM Modi reached Saudi Arabia in the month of October and gave his full support to Vision 2030 of MBS. At the same time, India and Saudi Arabia became strategic partners and then Riyadh also announced an investment of 100 billion dollars in India.

Under the leadership of MBS, India and Saudi Arabia are no longer simply trader partners but have become strategic partners. The relationship has bloomed to such an extent that MBS is now strengthening its relations with India even militarily by bypassing Pakistan. The dumping of Pakistan was a major diplomatic move by Saudi Arabia and a sign of a new beginning, which could be attributed to the farsightedness of MBS.

Similarly, under the leadership of Saudi Arabia, Arab countries have agreed to normalize their relationship with Israel. His decision was opposed even by his family, but he did not back down and coordinated among the signatories of the Accords. After the signing of the Abraham Accords, as UAE is getting deadly F-35 aircraft from the US, other signatories from MENA countries are also getting their share of goodies, which is in large helpful for Saudis as it is the larger influence zone of Riyadh and them getting strong means that the Saudi hold of Middle East is getting stronger.

Read more: India, Saudi Arabia and the US begin dismantling the Iran-Turkey-Pakistan-Qatar alliance even before it takes shape.

It is under the leadership of MBS that Saudi Arabia has managed to keep Riyadh in the position of strength in the Middle East during the ongoing Cold War between China and the US. When Saudi Arabia faced difficulties from the Trump administration of the US, Saudi Arabia very cleverly took a big decision to call on China and take its help in developing Saudi nuclear power plants.

According to a report in August last year, with the help of China, Saudi Arabia had established a facility to make Uranium yellowcake from Uranium ore, after which a lot of concern was expressed in the US. However, after that, the US has taken several major steps against Iran’s nuclear programme, which has again pushed Saudi Arabia towards America. This includes the assassination of Commander Soleimani and Iran’s top nuclear scientist. Thus, Saudi Arabia has tried its best to convert the dispute between the US and China into an opportunity for itself.

Read more: ‘We can go sit in China’s lap anytime,’ Saudi Arabia has sent a subtle message to the US.

It is clear from these decisions that Saudi Arabia has now become a champion of diplomacy under the leadership of MBS, through which it is now improving its relationship globally. The country is no longer simply a merchant of oil but is becoming successful in its efforts to establish itself as a major trading centre in the coming decades and a geopolitical juggernaut.