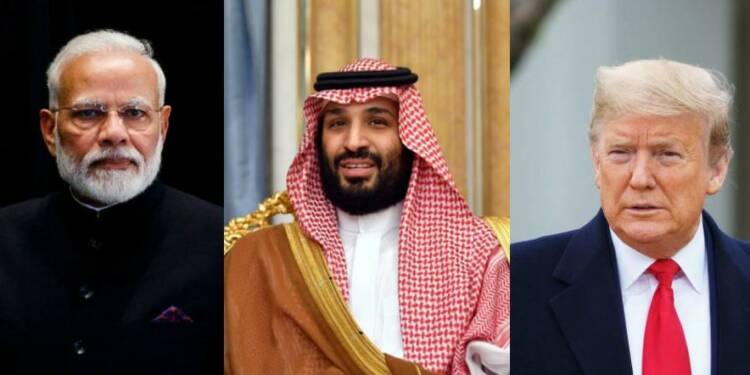 In the ongoing process to bring peace to the Middle East region, the dismantling of the potential destabilizing nexus of Iran-Turkey-Pakistan-Qatar has started.

The most prominent rift which is soon going to be resolved is the one between Qatar and Saudi Arabia. Doha and Riyadh have been on the opposite ends because of the rift that emerged in the Gulf region when the UAE, Egypt, Bahrain, and Saudi Arabia allied against Qatar.

The alliance put up a series of embargos including cutting off diplomatic and trade ties and putting a land, sea, and air blockade on the Gulf States. The grouping had accused Doha of keeping close ties with anarchist elements, helping terrorists, and being too close with Iran which is widely perceived as a threat by the Gulf States. Qatar had been defensive and refuted the accusations by calling them baseless.

Now in his last phase at the high chair, US President Donald Trump has put all his efforts towards the resolution of the dispute. He realizes that the peaceful Middle East is necessary for the greater good of the world; therefore he wants that all of the American security partners in the region remain on the same page against the common enemies Iran and Turkey. President Trump recently sent his advisor and son-in-law to the region to accelerate the reconciliation process between the Gulf States and Qatar.

Read More: Trump is empowering the UAE to stop Biden from cuddling up with Iran

The Trump administration is also very keen to mediate the final hurdle in the process of Middle East solidarity grouping- normalization of relations between Saudi Arabia and Israel before the upcoming Biden administration tries to disrupt it. It is widely regarded as the final piece of the Middle East puzzle. If the normalization happens between Saudi Arabia and Israel, it would be an iconic moment for the Trump administration as it shall be an unprecedented step towards bringing peace to the region. If Saudi Arabia takes the step, the remaining Gulf States shall also follow and Israel will receive its much-deserved acceptance.

Turkish President Erdogan whose ultimate desire is to gain the high table of the Islamic world is crying in a corner with the entire world opposing him except for a few religious zealots like Pakistan and Malaysia. Turkey is facing severe economic consequences and because of his warmongering in the regions of Syria, Libya, Nagorno-Karabakh, Eastern Mediterranean, among others bore no fruit he has no option but to seek the leadership of a fake new Islamic Order where foolish leaders of several countries like Imran Khan of Pakistan and Mahathir Mohammed of Malaysia condone his radicalism.

When the whole world is moving towards freedom of expression, de-radicalization, and modernism, Erdogan and his accomplices are trying to pull the world back to medieval times. They are using Islamic radicalism as a tool to achieve their malicious political goals.

Pakistan, on the other hand, is a mere shrimp between the giant whales, its foreign policy is dictated by the foolish upper government and military officials who take bribes from China and send their children to the west away from the mess. The incompetence and selfish attitude of Pakistani leadership is the sole reason for the disastrous state in which Pakistan is today. Harbouring and nurturing terrorists, providing them with the resources which otherwise should’ve been given to citizens has led Pakistan of today to be named in every disruptive terrorist activity that happens across the world.

Pakistan origin terrorists have been named in terror activities occurring in America, Europe, and India. The Arab states led by Saudi Arabia and UAE, which were once the financier of the Pakistani economy have now turned their faces away from it because it supported Erdogan. Pakistan’s plans to drag India into unnecessary debates across the world forums have brought Islamabad shame, disappointment, and nothing else. The US administration under President Trump also realized the fact that Pakistan had long been using its financial and diplomatic assistance not to fight terrorism but nurturing it.

Thus, it decided to bring the ties down to a mere formality level on the other hand boosting a relation with India on a level that was never seen before. India exposed Pakistan’s ill intentions on each and every step of diplomacy, whether be it the FATF sanctions or the 26/11 Mumbai Attacks. India facilitated Pakistan’s isolation in the diplomatic circles and made the world realize the harms of keeping normal relations with Pakistan. Pakistan was bound to fail since its inception. A country formed based on values of religious fanaticism is now suffering because of the same values.

Iran which is desperate to expand its shrinking space has been nothing but depressed, in light of the recent killing of its top nuclear scientist and its helplessness is evident proof that nothing is going right for Iran. With American and Arabic pressure on it surmounting Iran tried to find solace in partnering with Pakistan or Turkey but both of them are pretty much useless at the moment themselves. It had tried hard to bring disgruntled Qatar to its side but tough mediation by the Trump administration foiled its plans.

Iran is now looking towards the Joe Biden administration for some fresh air. Biden expressed his feelings about restoring the Iranian Nuclear Deal which is a cause of worry for the majority of the Arabian states as well as Israel. Thus, the establishment of friendship between Israel and Arab states becomes the need of the hour.

There were chances of a new alliance of the countries bound together by the values of Islamic radicalism and hate against peace. But the quick decision-making and proactive steps taken by the responsible countries of the world uprooted the issues and defused the time bomb that could have engulfed the entire humanity. The situation is relaxed for the time being but the world community has to be on their toes to locate potential threats and lest they arise, neutralize them.