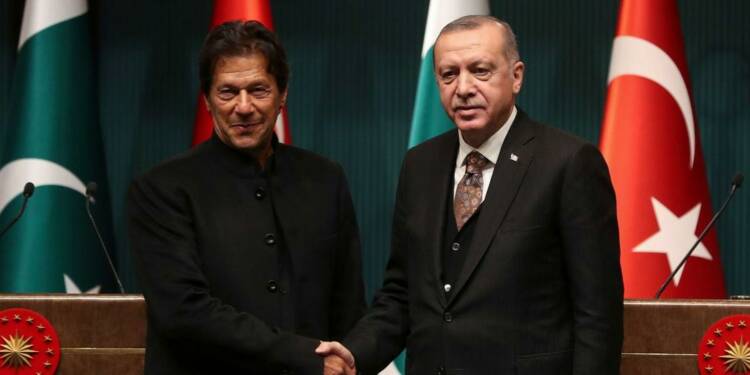 The Islamic country of Turkey led by Recep Tayyip Erdogan has opened several fronts across the world where he is waging a battle against its allies and enemies alike. While Erdogan continues to burn cash and resources in foreign lands in an attempt to reclaim the lost glory of the Ottoman Empire and crown himself as the rightful Caliph of the modern world, its depleted Air Force is relying on Pakistanis and its untrained pilots to fly its fighter aircraft—sounds weird? Pakistanis flying Turkey’s fighter jets? But indeed, this is the truth.

It all started on July 15, 2016, when a failed coup was launched in Turkey to take down the regressive Erdogan regime. Although the radical Islamist leader managed to hold onto his position by culling the coup, Ankara instantly started pinning the blame of the coup on a movement led by US-based cleric Fethullah Gulen – which it has labelled the Fethullahist Terrorist Organisation or Feto.

Turkey tried its level best to extradite Gulen from the United States but citing lack of evidence from Ankara, he was never extradited. In 2017, even the European Union’s counter-terrorism coordinator, citing lack of evidence, said the EU did not consider Feto to be a terrorist organization. The head of Germany’s intelligence agency also dismissed Ankara’s claims that Gulen was behind the coup attempt.

To this day, many Turks believe that the coup was engineered by foreign powers, with the US being the most popular to blame – a view reinforced by the failure to extradite Gulen.

After receiving repeated slammed doors from the world community, Erdogan got in intimate connection with his dark side and started a purge where suspected Gulenists within Turkey were marauded and killed. Erdogan didn’t stop here and ousted anybody from the armed forces and state services who had the slightest indication of dissent or a relationship with such views.

As of August 2018, Turkey had jailed 1,468 Air Force officers and has continued to detain thousands more since then. Of 4,215 military members fired from the Turkish Air Force by executive decision, 32 were Generals, 2,059 were lower-ranking officers and 1,993 were noncommissioned officers. In addition, some left voluntarily, and others retired, bringing the number of Turkey’s fighter pilots to effectively less than 400. Most were purged on accusations of terrorism and their association with the Gülen movement without any effective administrative, military or judicial investigation.

With such a depleted force in the backyard, Turkey panicked and started to look for alternatives and eventually turned to its ally, Pakistan. Pakistan agreed to become the soul of the Turkish Air Force, however, Ankara instantly found itself in a fix when the US refused to train Pakistani pilots.

Since 2019, incidents have been recorded where Turkish planes are flown by Pakistani pilots. And while this is happening, the few Turkish pilots continue to dwindle, making for the first time in history a national air force heavily manned by pilots of a foreign nation.

As if relying on untrained Pakistani pilots wasn’t an embarrassment enough for Turkey’s President, he is now facing the wrath of its NATO allies who are strengthening Ankara’s enemies by supplying them high-end fighter jets and all the resources required to train the pilots.

Reported by TFI earlier, the Lockheed Martin F-35 Lightning II Joint Strike Fighter jets, which were meant for Turkey, are now going Greece’s way. France and the United States have backed Greece in its current tussle with Turkey. There have been media reports suggesting that Greece is all set to receive the Rafale jets from France too.

Though Greece and Turkey have been de facto security allies through NATO right from the beginning of the Cold War, there has been consistent mutual distrust between the two. This stems from the fact that Greece was an occupied territory of the former Ottoman Empire, from which present-day Turkey claims its descent.

In a contemporary setting, the two countries have locked horns over energy reserves in the Eastern Mediterranean Sea. The conversion of the Byzantine-era Hagia Sophia into a mosque was the final straw that broke the relations between the two nations irreparably.

And it’s not only Greece that is getting these fighters jets, the UAE, which is standing its ground against Turkey in the Libyan war by supporting the LNA, is all set to receive a booster shot of top-grade military jets. With the recent signing of the Abraham Accords, President Trump has pushed for the sale of the same F-35 jets to the UAE.

Read: It is UAE, Egypt, Saudi Arabia vs Turkey now: How the Libya War has divided the Muslim World into ‘Good Muslims’ and ‘Bad Muslims’

The proximity of the UAE to Iran will further lead it to become the base of operations for surveillance likely headed by Mossad. Also, a regional station of Mossad will be highly beneficial in overthrowing Turkey’s current leadership. It is imperative to note that the UAE was among the key centres when the alleged US-backed 2016 coup attempt took place.

So the next time when you hear that Turkey has been embroiled in a dogfight with an enemy country, be rest assured that some rookie Pakistani pilot is flying that billion-dollar aircraft without any expertise and if India could shoot down a trained Pakistani pilot flying an F-16 with its old and weary MiG 21, then be rest assured that Turkey has got nothing going its way.

Purging the soul of its military establishments and selling it to a country none other than Pakistan could possibly be the worst deal in human history. But here we are and Turkey and its madman leader are relying on rookie Pakistani pilots to carry the dreams of creating an Islamic world. Sighs.