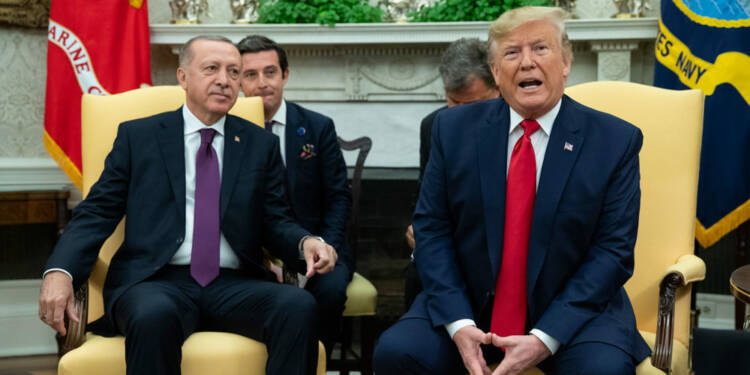 The Lockheed Martin F-35 Lightning II Joint Strike Fighter jets which were meant for Turkey are now going to end up with Greece. The agreement was reached during a recent visit to the Mediterranean country by the US Secretary of State Mike Pompeo.

A total of 20 aircraft shall be delivered to Athens including advanced multifunctional F-35s, that Turkey desired very dearly. Also, Greece is in the process of purchasing six Rafale jets from France.

It has been observed that the decision to scrap the deal with Ankara came against the backdrop of Turkey’s decision to adopt a Russian made S-400 Triumf anti-missile system. Turkey, a NATO ally, ignored American security concerns and called the acquisition of an anti-missile system as its sovereign right which falls outside of the NATO infrastructure.

Turkey underwent the first testing of the Russian missile system earlier this month and that led to the US State Department warning Turkey of facing “very real” risk of sanctions. For America, the S-400 system’s presence poses a real threat to the NATO operations in the region as it could give Russia the ability to hunt down Western-made fighter jets. It has also been reported that the NATO forces could even change their positions from them Incirlik Airbase in Turkey to an airbase on the Greek island of Crete.

Last year, the US congress went to the extent of studying the possibility of relocating US nuclear weapons and troops from the base as well. In response to such reports, the Turkish president countered by saying that Turkey could completely shut down then the base. Serious tensions are already threatening the Turkish relations with the west especially with the US over Syria, Libya, the Armenia-Azerbaijan conflict, and Greece.

France and the United States have backed Greece in its current tussle with Turkey. Though Greece and Turkey have been de facto security allies through NATO right from the beginning of the Cold War, there has been consistent mutual distrust between the two. This stems from the fact that Greece was an occupied territory of the former Ottoman Empire, from which present-day Turkey claims its descent. In a contemporary setting, the two countries have locked horns over energy reserves in the Eastern Mediterranean Sea. Another blow for Turkey came when Mike Pompeo announced the partial lifting of the arms embargo on Cyprus. The US decision was strongly criticized by Ankara which has a long-standing dispute over offshore gas reserves around the divided island since 1974. Threatening Turkish interests, warships from Cyprus, Greece, Italy, and France participated in a joint military exercise which was held on August 24-26 this year just south of Turkey in the Eastern Mediterranean Sea.

Read More: UAE has established peace with Israel and is now getting F-35 jets. And a triggered Iran has gone all out against it

With the recent signing of the Abraham accords, President Trump has pushed for the sale of the same F-35 jets to UAE and Israel is no more troubled. This has set the pace for a lot of important events at once. With the relations between the Gulf state and Israel soaring, the stage is set for closer scrutiny of the two biggest threats to the American interests in the world- Iran and Turkey. The proximity of the UAE to Iran will lead it to become the base of operations for surveillance likely headed by Mossad. Also, a regional station of Mossad will be highly beneficial in overthrowing Turkey’s current leadership. The UAE was among the key centers when the alleged US-backed 2016 coup attempt to overthrow Erdogan took place, and it is currently at loggerheads with Turkey in the Libyan war.

So, the US has upped the ante against Turkey by allying and increasing defence cooperation with Turkey’s enemies, be it Cyprus, UAE or Greece.