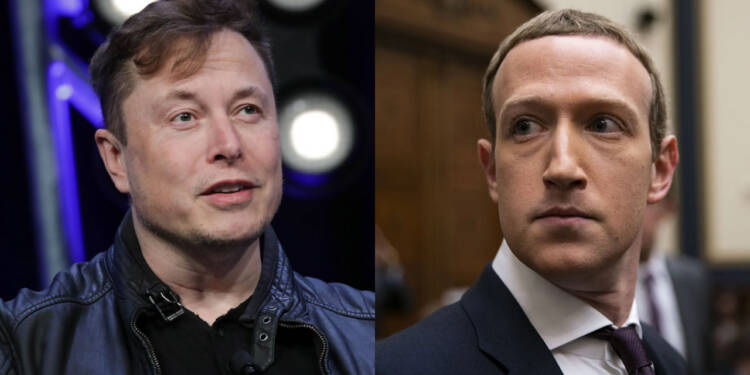 Upstart Chinese competitors to Elon Musk’s Tesla are raising the stakes in the race with plans to launch new models for the coming year to slice up the world’s largest electric vehicle market. The Chinese Communist Party has been a little too applauded by Elon Musk for a very long time, considering the sweatshops, child labour and forced labour, which are very prevalent in the autonomous regions of the Chinese territories. But now it seems that Elon Musk’s sweetheart Chinese dreams are all about to be shattered, much like Zuckerberg.

Since Elon Musk decided to start manufacturing vehicles in Shanghai at the end of 2019, Tesla has been actively capturing market share in China, which helped lower its production costs and escape import tariffs.

It cut Model 3 prices several times last year and also recently reduced the price of its latest Model Y mid-size SUV produced in China by approximately 30 per cent from the initial price quoted when pre-sales started a few months ago.

Over the past year, Tesla’s own shares have risen in value, making Elon Musk the wealthiest man on the planet, CEO and big investor.

Elon Musk in a recent interview went to extremes to sing praises of the Chinese Communist Party, even at a time when the biggest success example of China’s pseudo market capitalism, Jack Ma is facing state-sponsored bullying and harassment.

But even Elon Musk’s flirting with China and its officials seems to have failed to work wonders. On Saturday, Nio, the U.S.-listed carmaker whose market cap has increased by more than 12 times in 2020, will launch the first flagship sedan fitted with the new autonomous driving technologies. The three existing versions of Nio are all sport utility vehicles.

He Xiaopeng, the Chairman and Founder, told Nikkei Asia that his fellow EV startup Xpeng Motors, also listed in the U.S., plans to launch a compact sedan this year. By the end of the year, deliveries of the latest model, the company’s second sedan, are planned, which will prove to be a major jolt to Elon Musk.

The launches would bring Xpeng and Nio in direct competition with Elon Musk’s Tesla, whose sales of luxury EV sedans in China are dominated by model 3.

Nio’s CEO, William Li, and Xpeng’s He say that Tesla’s recent price cuts have had no impact on their orders. However, as it extends its range, some analysts believe that Elon Musk is becoming more attractive to Chinese clients.

The Chinese market, others say, is large enough to accommodate many players. By 2025, China wants electric vehicles to make up 20% of all car sales.

In the world of electric vehicles, the challenge for Chinese carmakers is to erode the reputation that the Elon Musk enjoys.

Nio gave a few info about what it’s going to launch on Saturday. However, Edison Yu, a Deutsche Bank analyst, said he expects Nio to launch a premium flagship sedan to protect its market share against the Elon Musk-owned Tesla, comparable to BMW’s 5 or 7 series models.

Read More: Amazon cannot use its Amazon Web Services Logo in China because as per the Chinese it’s copied

Yang Hang, an Equal Ocean analyst based in Beijing, claims that strong players such as Tesla are conducive to the growth of the industry in China in the long run.

Yang said, “People who are interested in buying a Tesla will also start learning more about other EV brands,” He added that the rise in the number of releases of EVs as well as continued government support would help increase overall sales.

And as predicted, top domestic EV makers including Xpeng, Nio and Li Auto each reported strong sales last year despite challenges from Tesla and Elon Musk.

Even after the US government and all other governments around the world are moving against China on the topic of human rights, as long as his business interests are served, Elon Musk does not seem interested in Chinese wrongdoings. He is one of the wealthiest men in the world, who was able to survive in the social climate created by the capitalist system of the United States, praising the same China that brought down a capitalist like Jack Ma.

Although American corporations continue to help China and its acts of abuse of human rights, unlike Elon Musk, US President Donald Trump is actively marching to fully crackdown on the CCP and its inhuman treatment of Uyghurs.

It was President Donald Trump who signed the ‘The Uyghur Human Rights Policy Act, 2020’, as reported by TFI, which is specifically aimed at cornering China. The Trump-signed bill paves the way for the US authorities to place sanctions on officials of the CCP who are personally involved in the atrocities committed against Uyghur Muslims, but this doesn’t seem to have any effect on Elon Musk.

Given China’s track record on foreign corporations, it won’t be long before Tesla, along with Elon Musk might wither away in the Chinese markets that eventually will be dominated by low-cost, government-backed Chinese manufacturers.