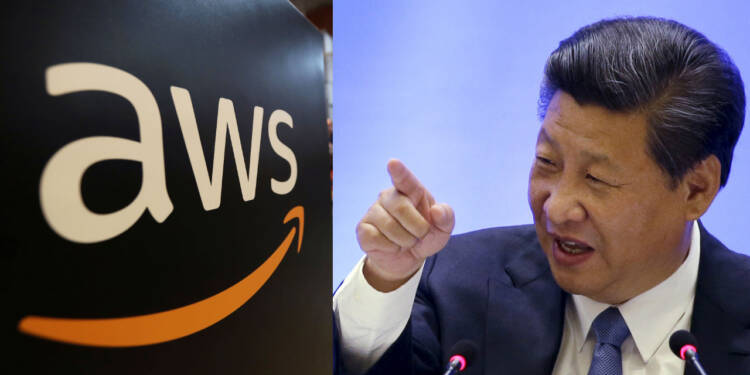 In one of the many issues that Amazon faces due to Chinese rules and rivals, the latest one is going to cause a decent headache. According to Beijing Municipal High People’s Court Amazon’s famous and deeply enriched AWS (Amazon Web Services) Cloud computing, cannot be used in China with the same acronym as it has been using worldwide. Why? Because China doesn’t like copycats. Ironic isn’t it.

China has had been at the forefront of reverse engineering and has taken it to a whole new level. From clothes, mobile phones, military hardware, and automobiles. The communist state is the frontrunner of making cheap copies of every single foreign product. Thus, Amazon now barred from using its own Amazon Web Services trademark (even though it’s just an acronym) in China, even though it has been using it everywhere around the globe, shows how serious China is living away in its own parallel universe.

In a trademark conflict focused on Amazon Web Services, the lucrative segment that hosts sites and offers other tech services, the Beijing Municipal High People’s Tribunal has sided against the colossus e-commerce giant, reports the Wall Street Journal.

Amazon uses these three letters in their branding, also called “AWS.” However, the Court in Beijing ruled that the acronym trademark is currently held by Action Soft Science & Technology Production Co.

According to the decision, Amazon is prohibited the use of the word AWS in China, or similar logos, and pay ActionSoft a fee of 76.5 million Yuan (approx. 11.8 million dollars) in compensation.

An Amazon spokesperson commented “Amazon Web Services “strongly disagree[s]” with the ruling and has appealed the case to China’s Supreme People’s Court.”

“Amazon Web Services invented cloud services and made it popular around the world under the AWS name long before any other company developed a competing service,” the spokesperson said in a statement. “Amazon was the first to use the AWS logo in China to sell cloud services by many years.”

As of midday Tuesday, the Chinese website of the Amazon Web Services was still plastered with the acronym AWS. The business has put a note for ‘Amazon Web Services’ at the bottom of the page that states it “is not shown herein as a trademark.”

ActionSoft sued Amazon and its indigenous joint venture partner in July 2018 for alleged trademark infringement and reimbursement of approximately $46 million. Amazon submitted that it started using and supporting Amazon Web Services as its cloud computing service model in 2002. Businesses and Global superstars alike have for years fought local Chinese corporations over branding and naming rights. In most situations, Chinese brands would squat over the logos of foreign companies in hope that the bigger, richer and more powerful global brands would go for an out of court settlement. In 2012, Apple paid $60 million in China to resolve an iPad trademark dispute to market the mobile computer in the country.

This seems like an aggressive and underhand tactic to procure more money, in alignment with the CCP policies which does it on a global scale, harassing states with its debt trap policies and wolf warrior diplomacy.

Chinese companies have been silently stealing designs and logos from major global firms. Be it Facebook, Starbucks, Apple, Google, Michael Jordon and now Amazon. While Amazon hopes that China’s Supreme People’s court will overturn the decision against the use of Amazon Web Services logo but the probability of it happening is very low.

The Chinese market and state flourishes on cheap copies of foreign products, the laws are biased and protect the domestic corporations. The lawsuits that the global firms’ file is protracted and elongated long enough that will harass the foreign company and force it to for an out of court settlement. The Chinese do reside in a parallel world, where they make their rules and are apathetic to the international rules and norms which give shape to this anarchic world structure.