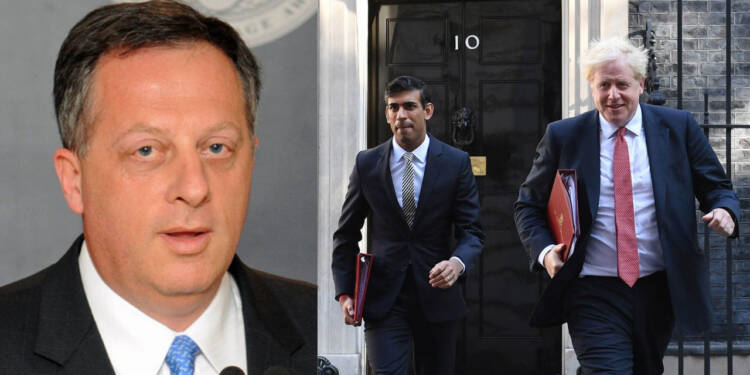 British Broadcasting Channel, the BBC will now be under intense scrutiny by the Boris Johnson government as he has appointed Richard Sharp as the next BBC Chairman, who is a close aide of UK’s current Finance Minister Rishi Sunak.

For decades now, BBC has been pushing its liberal agenda, hiding behind the covers of delivering news in every country. While it gets critical of right-wing ruled countries such as the Trump administration in the US, the Boris Johnson government in the UK or the Modi government in India, but when it comes to issues of Islamist terrorism and Urban Naxalism, the BBC chooses to turn a blind eye.

But it seems that the Boris Johnson administration has had enough of the left-wing hoopla driven by the BBC and Richard Sharp has been appointed as its next Chairman. Richard Sharp has previously served as the head of an investment firm where he was also the former boss of Rishi Sunak.

The Labour Party is already opposing the appointment of Richard Sharp, they believe that Sharp will tear apart BBC’s left-liberal agenda and rightly so.

The Government has appointed as Chair of the BBC a multimillionaire former Goldman Sachs banker who was once Rishi Sunak's boss & has donated hundreds of thousands of pounds to the Conservative party.

The whole system is rotten.https://t.co/kTP3i5C75o

Labour party MP Richard Burgon said in one of his tweets, “The Government has appointed as Chair of the BBC a multimillionaire former Goldman Sachs banker who was once Rishi Sunak’s boss & has donated hundreds of thousands of pounds to the Conservative party. The whole system is ruined.”

BBC’s left-liberal agenda is highly hypocritical. In 2019, it termed the Christ Church Shooting as a right-wing attack on liberal democracies, ‘impartially’ stating that the shootings were right-wing terrorism.

Recently, BBC Persian ran into trouble for using derogatory language in Farsi to describe the gay community. Peter Tatchell said last month after complaints, the post from October 2018 was updated. However, the video played on the BBC Persian TV is still online, which seems to parody a Pride event in London in 2019.

Tatchell had also accused BBC Persian of being infiltrated by staff who are apologists or possibly agents for the Iranian dictatorship.

In 2020, when the United States assassinated Supreme commander of Iran Qasim Suleimani, the BBC went on length to prove how Suleimani was not a terrorist. Moreover, it has periodically used the terms refuges and asylum seekers for the illegal immigrants arriving in Europe and the UK.

BBC’s agenda against India does not fail to amuse. Its criticism of the Indian administration when it removed article 370 from Kashmir was unapologetic. It tried to spread fake news to create chaos, a movement in which rightly failed.

It posted a video on its Twitter handle claiming that the police fired tear gas shells at the people protesting in Kashmir. Moreover, it claimed that the Indian government’s claims that there had been no protests are also false. BBC’s propaganda to spread communalism did not stop there as it wrote an article in which it used Lord Ram to certify India as an anti-Muslim nation.

With the change in BBC’s chairman, it is expected that BBC’s left-liberal, hate-mongering propaganda will be rightly shut down. Moreover, its propagandism has led to its discontinuation on Indian short wave radio channel in Hindi. Even in the UK, BBC’s popularity has seen a sharp decline.

Thus, Richard Sharp’s appointment could not have come at a better time. Now instead of spreading the propaganda and distancing itself with the real problems, it can focus on issues which are plaguing the United Kingdom and win back the trust of the people. It can surely reclaim the popularity it has lost.

Scarred by Donald Trump, a desperate Iran is taking up an aggressive approach to arm-twist Biden for concessions