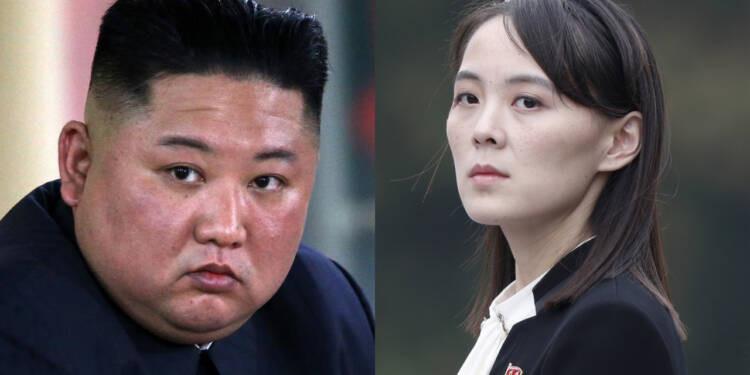 Dictators around the world in the past and the present have always been fearful of powerful and assertive family members rising through the ranks and challenging their power. The case is not significantly different for North Korea’s dictator Kim Jong-un, who has ostensibly subverted the promotion of his sister Kim Yo-jong in the Politburo, fearing an impending coup.

According to an SCMP report, Kim Jong-un on Sunday solidified his power in the rogue state with a new title of general secretary of the ruling Workers’ Party, which effectively grants him the power to run a “One-man show’. However, many analysts who were certain that Kim’s sister would be given the long-overdue promotion, owing to her prominent role in inter-Korean affairs and other key issues were in for a rude shocker as the Korean dictator baked in the glory, all on his own. Kim Yo-jong’s name was conspicuously absent from the list of members making it to the party’s powerful political bureau.

Jong has been handling the ruling party’s propaganda machinery since 2014 and was elevated as an alternate member of the party politburo in 2017. In 2018, she even visited South Korea for the winter Olympics held in the city of Pyeongchang. Now, she is considered number 2 in the country and successor of Kim Jong-un. However, Kim Jong-un fears that his sister might overshadow him and thus is showing a certain pre-emptiness in pushing her to the Party fringes.

The reason for Yong’s meteoric rise has been her handling of Korean politics in absence of Kim Jong-un. For the major part of last year, the fate of the North Korean dictator was shrouded in mystery. From alleged death to reports of Kim being in a comatose state – all sorts of wild speculations kept the global media on the edge of their seats.

However, with a global pandemic raging havoc across the planet, it was Kim Yo-jong who stepped up to the plate and rose to the occasion. The North Korean media started describing her as much more ruthless but smart and astute in choosing her political foes and friends than a certain “Kim Jong-un’ – a compliment which certainly would not have gone down well with the dictatorial madman.

Reported by TFI, soon after taking the charge, Kim Yo-jong had blown up a liaison office in South Korea which had been a symbol of changing South-North relations over the years. The inter-Korean liaison office was set up in the industrial town of Kaesong in 2018 and was being used for communication between both sides with around 20 staff members from both North and South Korea.

Jong wanted to make an instant impression that she was willing to do what his brother was not eager to go ahead with. She even took on the Chinese when a North Korean patrol boat opened fire on a Chinese boat that was fishing illegally in North Korean waters. Three Chinese fishermen were killed in the incident and the relations between the two states were soured for some time.

Read more: With a brother in a coma, Kim Yo-jong is holding the reins of North Korea and she is surprisingly hostile to China

China and North Korea have been thick as thieves under Kim Jong-un, however, with China getting cornered by the world powers in the aftermath of Coronavirus, North Korea and Kim Yo-jong saw it as an opportunity to dump its partner and assimilate into the mainstream.

Her actions were cheered variedly in North Korea and it seemed like the country finally had a leader who could help them wade through the baggage of heavy sanctions. But after Kim Jong-un came back to the centre stage after his long disappearance from the public eye, Jong was pushed behind.

The story of Jack Ma is an incredible parallel to the current situation in North Korea. China’s richest man and founder of Alibaba, Jack Ma has been missing for the last two months. His disappearance is being attributed to his clash with Chinese President Xi Jinping who most certainly has put Ma in his place, for good or worse.

Read more: Could Jack Ma stage a coup against Xi Jinping? Well, Jinping is already preparing for it

Like Kim Jong-un, Jinping too feared a coup by Ma, owing to his rising political and global prowess. Ma had even openly criticised the regulators of the communist state rather harshly which is considered a highly offensive action in the CCP nanny state.

Just the way Xi Jinping happened to be rattled by the meteoric rise of Ma, Kim Jong-un is worried by his sister’s mass appeal and thus he is doing everything in his capability to undermine her.