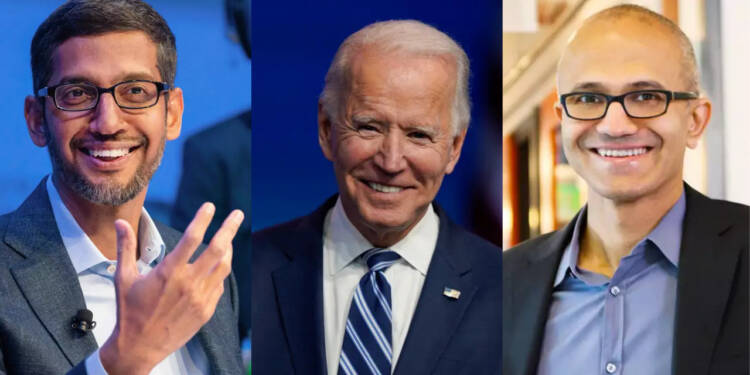 Even though the committee didn’t list individual totals or provide additional details of the donations made for the Biden inauguration, the fact that the donations by these in organisations will surely be way higher than anyone else, making it a sort of sponsored event by these organisations.

The fact that these corporations are investing in the inauguration of the Democrat President Joe Biden is not because of some moral standing. But, it is their way of prostrating before the democrats. It is because they are known for a fact that the new administration will lead to breaking up of these big corporations.

It is not hidden that the Democrats wanted to break up big tech companies into small manageable parts, which has not been done from a very long time. The tech firms had a free run under the republicans as they were firm believers in capitalism and market economy.

But, as the new left-leaning Democrats are sure to run the USA for the next four years under Biden, these tech companies including Google and Microsoft cannot expect the same treatment. And they have seen a little glimpse of what the administration may aim at, with the democrats leading California straight to its decline by making sure that all tech firms either shift their businesses to other states or give all their profits to the government.

In addition to this, big tech companies and their owners are on the verge of losing fame, power and influence as the menace of motivated unionists come knocking at their doors, with Biden all set to move to White House. The tech industry capital on Monday was shocked to see a group of around 400 employees from Google and its parent company Alphabet announcing the formalisation of ‘Alphabet Workers’ Union’, dawning a new era of the potential employer-employee relationship in Silicon Valley. The fact that it coincides with the accession of the Democrats tells us an obvious story and these companies are now scared of the very party and its ideals which it had supported.

Big tech companies have for so long managed to avoid unionism from crawling up in its elite workforce, however, a handful of employees from Google and Alphabet have signalled with their announcement that the good old capitalist days are over. Employees of other companies meanwhile have already begun having their own ideas after Monday’s developments at Google. With the government on the side of these subtle yet major leftward shift under Biden will mean big trouble for these companies.

The scare is so profound that, the tech firms have taken sides in the full public display without any remorse. The utter shamelessness with which these companies prostrated in front of the democrats tells us that, they are here to make the most money and have no moral or principles and will bow in front of anyone that can be a possible threat to them like Biden.

And if anyone still had doubts with the sudden banishment of still US President Donald Trump, who is still the choice of more than 70 million US citizens. Yet, the sponsoring of the Biden Inauguration by Google and Microsoft should make it abundantly clear that American tech giants are prostrating in front of democrats as they may either cut these companies into pieces or unionise the whole capitalist economy of the USA.