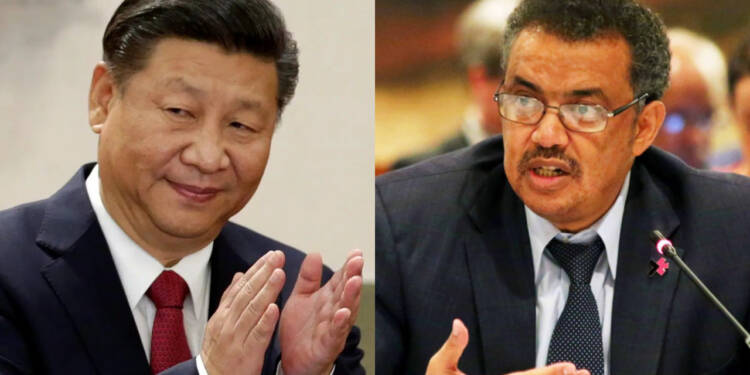 After the CCP General Secretary Xi Jinping barred the entry of a World Health Organisation (WHO) investigative team to enter the country to probe the origins of SARS-COV-2 (Covid-19 causing virus strain), reports now state that yet another massive coverup has just been completed by China in Wuhan – ground zero of the global pandemic which continues to claim thousands of lives even today.

At the Wuhan Institute of Virology, the CCP has forced deletion of hundreds of pages of crucial studies by the National Natural Science Foundation of China. And then finally, Communist regime gave its nod to allow the WHO-team to enter the country beginning this Thursday.

Crucial studies, especially of bat-researcher Shi Zhengli – dubbed “Batwoman” were no longer available after having been deleted by authorities before the WHO-probe team coming sniffing around the crime scene that is the Wuhan Institute of Virology.

Key Studies to any investigation into the source of the virus, including one into the risk of cross-species infection from bats with SARS-like coronaviruses, and another looking at human pathogens carried by bats, have also disappeared, The Mail reported. It also stated that as part of the NSFC’s purge of online studies, all reference to studies carried out by Shi Zhengli were deleted.

Read More: China may have flooded Wuhan to stop the WHO investigation, but with US funding gone, it is do or die for WHO

The WHO team, meanwhile, is slated to finally enter China on Thursday, after which, National Health Commission officials said the experts will meet with their Chinese counterparts. It would not be particularly surprising if the “Chinese counterparts” were to include CCP workers as well, who will be tasked with keeping a tab on the progress made by the WHO team.

In all likelihood, when the CCP denied entry to the WHO probe tea into China, the massive coverup was perhaps still under progress. The WHO said that there were issues with visa clearances, while Chinese Foreign Ministry spokesperson Hua Chunying told BBC that “there might be some misunderstanding” and “there’s no need to read too much into it”. Now that authorities have managed to wipe the slate clean, they are allowing the WHO team to go about conducting its business.

Already, the international community is being able to see right through the lies of the Chinese Communist Party, which, despite having claimed complete victory over the home-grown pandemic, has pushed at least two cities comprised of 15 million people approximately, and surrounding areas of Beijing, into complete lockdown. This in itself shows how China’ Covid-numbers are wildly fictitious, much like the country’s assertion that it has nothing to do with the origins of the Covid-19-causing virus strain.

Read more: After barring WHO team’s entry and a failed vaccine, China shuts down another city of 11 million people

Previously, days before the WHO was alerted about the outbreak of Sars-like pneumonia cases in Wuhan in December 2019, the Wuhan Institute of Virology began altering its database of viral pathogens. To not catch the eye of potential investigators, keywords such as ‘wildlife’ or ‘wild animals’ were deleted.

Needless to say, China has an illustrious history of covering up and fudging data. Deleting crucial research studies, however, is definitely a step up for the CCP, given the tremendous effort and scientific dedication which goes behind such studies and research works.

The WHO-team is most likely to visit the wet markets of Wuhan, where the virus strain is said to have first emerged. However, the deletion of crucial studies now indicates that the virus indeed originated from the Wuhan Institute of Virology. It is yet to be seen whether the WHO probe team will make their way to the crime-laboratory.

Needless to say, the WHO team will be met with stiff resistance from CCP authorities if they begin asking too many questions. Sadly, for China, the entire world is now watching them, and the CCP’s legroom is incredibly less this time around.