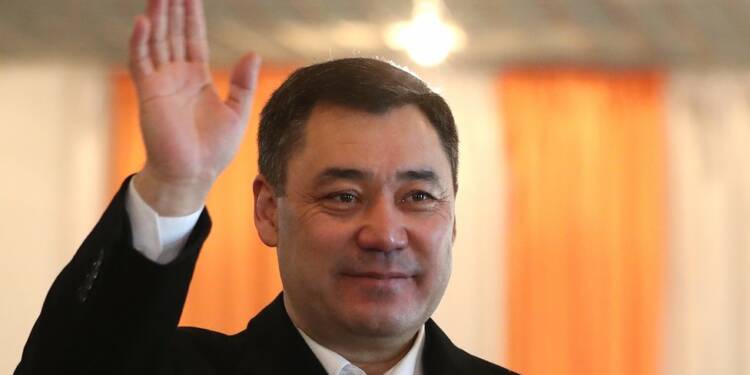 China is set to face yet another setback in Central Asia. The only democratic nation in the Central Asian region- Kyrgyzstan, is now looking at the rise of a pro-Russia and anti-China leader Sadyr Japarov.

Japarov is about to score a landslide victory in Kyrgyzstan’s snap Presidential polls, which was triggered by the collapse of the previous government. He won almost 80 per cent of the popular vote, as per Kyrgyzstan’s Central Election Commission. Japarov is closely allied to Russia, and his accession to power has already imperilled Chinese investments in the Central Asian nation.

Japarov is already the interim President of Kyrgyzstan. Last year, Kyrgyzstan went to polls. The results showed that pro-government parties had won a super majority of seats in the Parliament, but the opposition refused to accept the poll results.

During the protests, Russia said that it was obliged by a security treaty to prevent a total breakdown of government in the former Soviet Republic while China kept insisting Kyrgyzstan to resolve the ongoing election turmoil without interference by “external forces”.

The protests last year saw Sadyr Japarov, a populist ex-lawmaker, getting freed from jail. Soon, he assumed interim Presidency of Kyrgyzstan and it started becoming clear that the 52-year old probably enjoyed Russian support. Even during his campaign, Japarov kept pledging closer ties with Moscow which continues to exercise massive political influence in the Central Asian nation.

After casting his ballot in a Bishkek suburb, Japarov said, “Russia is our strategic partner.” So, it has become clear that Kyrgyzstan is going to warm up to Moscow now. The Kremlin enjoys unmatched social and political influence in Kyrgyzstan. Russia operates a military airbase in the Central Asian nation and Russian cities also remains the main destination for hundreds of thousands of Kyrgyz migrant workers.

Jeenbekov also used to downplay Chinese concentration camps in Xinjiang that are tormenting not only Uyghur Muslims, but also 200,000 Kyrgyz who live in Xinjiang. However, when public protests gripped Kyrgyzstan and Japarov sprung to power, China’s future investment plans in Kyrgyzstan started to get jeopardised.

Now, Kyrgyzstan is moving towards stability. Yet, political stability doesn’t mean that China’s Belt and Road Initiative (BRI) investments in Kyrgyzstan are safe.

First, Japarov is emerging as Russia’s close friend. Now, Moscow would want him to maintain a safe distance from Beijing because at the end of the day Russian President Vladimir Putin is not happy with China eating into the Russian sphere of influence.

Secondly, Japarov’s nationalist sentiment is believed to be driving away Chinese investors from the former Soviet Republic. Chinese business leaders face backlash across Kyrgyzstan and last year, Chinese Ambassador Du Dewen also expressed uneasiness about how the situation was unfolding in the predominantly Muslim nation.

So, we know for a fact that Japarov is, at least, not welcoming Chinese investments with open arms. Japarov is here to stay, and unfortunately for Beijing, he is likely to drive Kyrgyzstan far away from China.