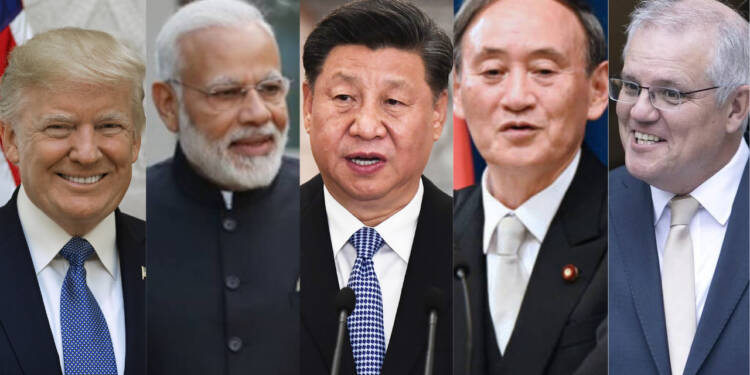 The USA is in transition with Trump leaving the White House soon, and to any observer of foreign policy, it is Washington’s most vulnerable time. And given the developments in the domestic affairs of the USA, China has become too confident of gaining the influence of the South East Asian nations, as if there was no love lost. Chinese Foreign Minister Wang Yi continued what the Chinese are seeing as a charm offensive, starting with his first tour of Asia for the year, starting with an official visit to Myanmar, ahead of an expected policy shift from Washington towards the region under President-elect Joe Biden.

The Chinese believe that in the situation of that USA facing domestic problems, it will be able to get a major slice of the USA’s zone of influence in Indo-Pacific. However, it has gotten its hypothesis wrong as this is not the Asia of 2000s and USA does not single-handedly call the shot, it is now the QUAD that is handling the affairs of the Indo-Pacific and Chinese efforts will just be another addition to the numerous Tour De Shame that Wang Yi has undertaken.

Wang Yi, who also serves in China’s cabinet, the State Council, has just returned from a six-day tour of Africa, where he visited five countries and pledged to strengthen cooperation in everything from health and agriculture to military and infrastructure. He is expected to do follow through with similar efforts. Wang Yi is scheduled on a six-day mission in the region which will include official visits to Indonesia, Brunei and the Philippines, as well as Myanmar capital Naypyidaw.

Myanmar news portal The Irrawaddy, quoting senior officials with Myanmar’s foreign ministry, said it would be seen as a move to show support for the country’s National League for Democracy-led government, which is soon to embark on its second term. Although it is an effort from Myanmar’s side to portray the visit as a legitimiser, it is an effort from China to start 2021 by streamlining the mess that they created in 2020.

It becomes all the clearer as his latest tour coincides with the final countdown for Donald Trump’s presidency and as the USA continues to reel from the storming last week of the US Capitol, and just days ahead of Biden’s swearing-in as president. While China might consider it to be their moment of victory, it is just the desperate part of their policy, which really wants a sign of victory, however false it may be.

The increased intra-QUAD activities, as well as, its members approaching others like the Philippines are acting as a confidence-building activity. Manila is now cooperating more with India, Japan, the USA and even Australia. The news of Manila’s interest in Brahmos Missiles has been another interesting build-up including its intention of implementing the arbitration ruling on the South China Sea. Given all these things, it makes total sense, that Manila can think beyond the threat that China can pose and move towards some semblance of Realpolitik.

Read more: Backed by QUAD, the Philippines is implementing arbitration ruling in the South China Sea.

The Indians, Australians and Japanese are the ones engaging increasingly in and with the countries of Indo-Pacific including the South East Asian countries. And the fact that China is trying to find opportunity in the absence of the USA, means that it is still not understanding the new dynamics of Indo-Pacific. This will be the unbecoming of the newfound foreign policy engagement energy as it realises the power of QUAD in the short while.