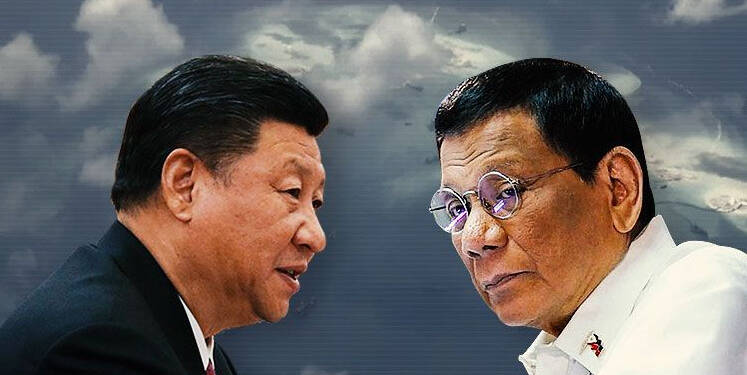 The Philippines’ transformation from a China apologist to the most consistent critique of Chinese foreign policy and its actions in the South China Sea means that even if one tries their utmost to cooperate and solve problems pertaining to territoriality, it can never happen. Rodrigo Duterte, the person leading the Philippines has been the one world leader who has tried his hardest to solve issues bilaterally and move out of American influence. However, it has been a policy disaster as China has not budged and in the meantime, Manila did not develop itself to counter such developments.

Now as the negotiations on banning billions of dollars in fisheries subsidies are coming to the crunch at the divided World Trade Organization, the deadline to net a deal fast approaching, these negotiations are part of the furthering of Sustainable Development Goal (SDG). The discussions began in 2001 and even though non-binding, overstepping the deadline will shoe poorly on these countries. The Philippines is not ready to accept an agreement that will be detrimental to its own interests and while proposing its own demands, it has found itself in loggerheads with Communist China.

The WTO fishing deal is meant to eliminating subsidies that contribute to illegal, unreported and unregulated fishing. It also bans certain types of subsidies which in many shape and form contribute to overcapacity and overfishing, while providing special treatment for the world’s developing and least developed countries.

Member states have so far failed to reach an agreement but pressed into action by the approaching deadline, negotiators have been beavering away since September on the basis of a confidential working document. However, many faultlines still remain and one from which the Philippines is not looking like budging is the call for keeping disputed regions out of WTO subsidies. It knows very well that China has probably the largest fishing fleet and with its interests and sustained activities, it will utilize these subsidies to further ita activities in the South China Sea as its fishermen will be more inclined to go far and wide as the profits margins increase.

China has said that it will not entertain such calls as the matters related to territorial claims are highly important and Beijing remains sensitive regarding them. The most important part is that Manila has not shied away from maintaining and expressing its own claims in the South China Sea. The Philippines has also said that its Exclusive Economic Zone is not disputed and it has squarely won the arbitration, thus, no country has any locus standi to question it. However, these things are still being articulated in sweet wrappers and Manila does not want to be in a face to face confrontation with China.

However, as actions speak louder than words, the Philippines is implementing the arbitration and started activities in the region on its own accord, be it the drilling and other activities in its EEZs.

Read more: ‘We’ll go ahead without China,’ Philippines knocks China out with a sucker punch in South China Sea.

Anyone, who follows the South China Sea dispute and related affairs, understands the importance of these changing stances and also knows the catalyst for that, which is Quad. The increased activities of intra Quad activities as well as its members approaching others like the Philippines are acting as a confidence-building activity, Manila is now cooperating more with India, Japan, USA and even Australia. The news of Manila’s interest in Brahmos Missiles has been another interesting build-up which needs to be taken seriously. Given all these things, it makes total sense, that Manila is able to think beyond the threat that China can pose and move towards some semblance of Realpolitik.

Moldova has chosen a pro-EU leader, but that does not mean it will sit in EU’s lap