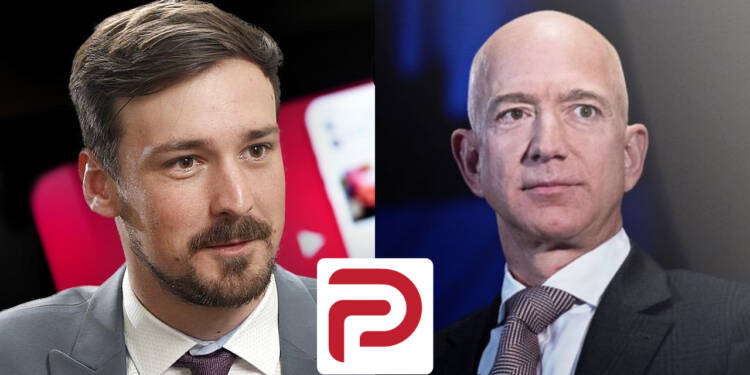 In the aftermath of the deadly US Capitol riot, social network Parler is suing Amazon for pulling out its cloud computing support. In a complaint filed in the U.S. on Monday, Parler accused Amazon Web Services of breaching antitrust laws in Seattle District Court.

“AWS’s decision to effectively terminate Parler’s account is motivated by political animus,” the lawsuit said. “It is also apparently designed to reduce competition in the microblogging services market to the benefit of Twitter.”

It continues, “This emergency suit seeks a Temporary Restraining Order against defendant Amazon Web Services to prevent it from shutting down Parler’s account. Doing so is the equivalent of pulling the plug on a hospital patient on life support. It will kill Parler’s business — at the very time it is set to skyrocket.”

In particular, the social media platforms that have criticised President Donald Trump and his supporter for attempting aggressively to reverse the US election outcome, Parler has found itself a more permissive alternative to Facebook and Twitter.

The position has gained reactions from digital infrastructure businesses. The Parler app was removed by Apple and Google from their app stores, restricting its scope. When Parler got kicked off AWS, Amazon dealt an even more fatal blow, bringing the site down entirely.

Amazon’s rationale for banning Parler came to light after the lawsuit was filed. In an email, Amazon’s moderation team says it is “troubled” by repeated policy violations. The email cites 98 posts that incite violence.

It includes screenshots of a call to hang “traitors,” as well as, an exhortation to “start systematically assassinating” liberal leaders, supporters of the Black Lives Matter movement, and others in January — with a note: “I already have a newsworthy event planned.”

Amazon said publicly that it “cannot provide services to a customer that is unable to effectively identify and remove content that encourages or incites violence against others.”

Parler says that being kicked off AWS was a “death knell” for the platform because another host could not be sought. And, it says that because the two companies signed a multi-year contract last year for web services, Amazon made the call to protect Twitter. It also states that it was prohibited because of a “political animus.”

The platform for Parler was seen as a means of coordinating the Capitol Hill riot. President Trump was banned from Twitter, Facebook, Instagram and other social networking sites following the attack.

In a post on Parler Saturday, Matze said, “Sunday (tomorrow) at midnight Amazon will be shutting off all of our servers in an attempt to completely remove free speech off the internet. There is the possibility Parler will be unavailable on the internet for up to a week as we rebuild from scratch. We prepared for events like this by never relying on Amazon’s proprietary infrastructure and building bare metal products. We will try our best to move to a new provider right now as we have many competing for our business. However Amazon, Google and Apple purposefully did this as a coordinated effort knowing our options would be limited.”

Famous among President Donald Trump’s conservatives and supporters, Parler was dependent on the cloud computing services offered by AWS. However, after concluding that posts on Parler “clearly encourage and incite violence,” AWS withdrew its support this week.

According to CEO John Matze of the social network, Amazon Web Services cut off Parler servers. The move came after the social app was blocked by Google and Apple, citing a breach of terms. A lack of moderation was also cited by Apple. What hosting option Parler is going to be able to use is uncertain with Microsoft Azure the only viable option that can support it and is not uptight with political biases.

Know about your personality if you have round front teeth