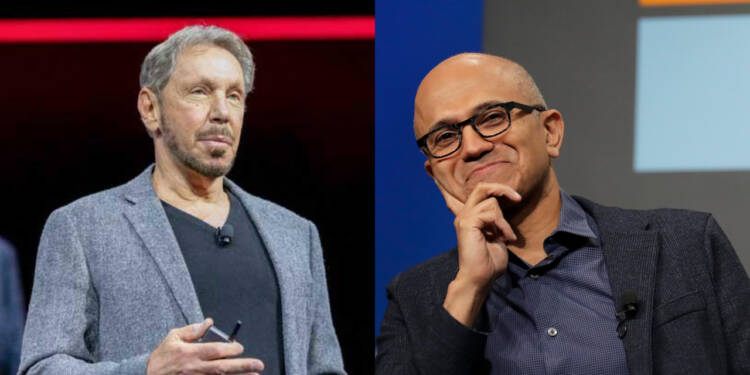 The Big Tech monopolies like Facebook and Twitter have shown their true colours by explicitly stating that they are partisan against the current US President Donald Trump and his supporters. These companies are also aggressively changing their privacy policies and making sure that they can become data monopolies, in an era where data is the new oil. However, in the process, the world has become aware of the policies and priorities of these companies and is thus taking measures to contain their activities in their respective sovereign borders. And as this is transpiring the other Big Tech firms like Microsoft and Oracle, which have stayed away from participating in this Big Tech political mess.

And, as a result, Microsoft and Oracle are going to gain big time as the storm settles. While the countries are taking actions on their own accord, companies are moving out of the Amazon Web Services and users are switching to Signal and Telegram from WhatsApp and Facebook, as these companies are becoming unapologetically partisan and politically motivated.

As the firms are moving out of the AWS, given the threat of being suddenly taken down, they are looking at Microsoft and Oracle as viable options, thus ensuring the profit for these companies in the process.

Amazon Web Services is the largest cloud provider while the Microsoft Azure is at the second place. With the ban of Parler on AWS and its CEO John Matze suing the company for the same, Parler is looking for alternatives and so are all the other companies which are feeling threatened by how Big techs like Amazon, Twitter and Facebook are acting. These companies will be more than willing to move to platforms like Microsoft Azure and make use of Oracle too.

Twitter is the same platform that claims to live and die by the virtue of Freedom of Speech and Expression. However, the social media platform banning a powerful leader like Trump, suggests that tooting the horn of ‘FoE’ is merely a charade, invented to pander to the whimsies of left-liberals. However, with it, Amazon, Facebook, Google and Apple are ensuring their own demise by bringing partisan political biases into business and segregating customers. This is a recipe for disaster and these companies are sure to fall into the midst of it, while others like Microsoft and Oracle that stayed away from the Big tech political mess will soar high at their cost.

Microsoft and Oracle are few of those companies which have played it smartly. They have restrained themselves from the ongoing Big Tech political mess and while the huge chunk of users moves from the social media platforms and companies move from AWS cloud services, these companies will surely come out as the real victors.

Their victory will be a good lesson to the modern variants of White Man’s Burden and the Big Tech Colonialists – Facebook, Twitter, Apple and Google, that in the modern era, the first rule of doing business is to maintain distance from politics and becoming partisan in providing services.