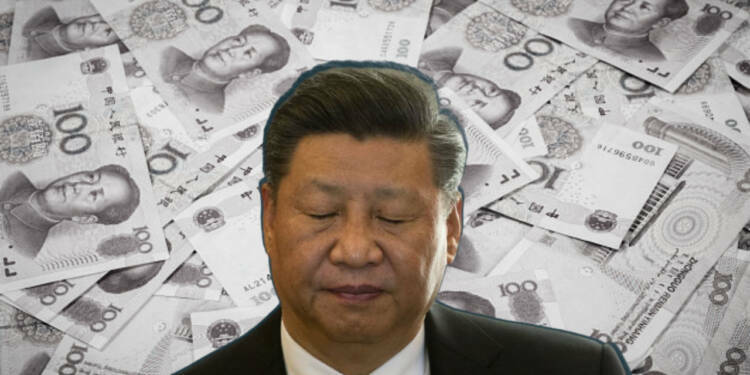 Xi Jinping wanted China to become ‘Aatmanirbhar‘ (self-reliant) and had launched a “dual circulation” plan amid much fanfare in the country. However, the current situation in the Chinese mainland has deteriorated to such an extent that they are not being able to import Indian seafood products. According to the Seafood Exporters Association of India (SEAI), China has rejected Indian fish consignments alleging detection of COVID-19 traces in them during the past two months.

“It has been a tough time for the seafood export sector after the restrictions on export due to COVID-19 restrictions. The Chinese companies have been rejecting our consignments for the past two months. The allegations of COVID-19 traces in consignments are just excuses”, said SEAI Kerala chapter President Alex K Ninan.

It is not a hidden fact that China’s economic situation is in a deep slump which is still going downwards. China, from time to time, has tried to artificially inject the market with liquidity to spur demand and had tried very many ways to improve domestic consumption too. But bankrupt importers who are not even able to pay back the dues, forget about making new orders.

Read more: Xi Jinping decided to build an Aatmanirbhar China, but Chinese consumers destroyed the plan in a second.

Under the “dual circulation” strategy, Chinese policymakers wanted to change the nature of the Chinese economy from an export-driven to domestic demand-driven, and therefore, it was also termed as “Aatmanirbhar China” plan by the analysts at TFI. The policy was touted to be the one-shot solution to all the problems of China. As the pandemic hit the world, China had a really bad setback, with global consumption at an all-time low, no one needed Chinese exports and this further led to a decrease in its manufacturing and then reduced the purchasing capacity of the Chinese.

As the entire Chinese economy is dependent on exports, this hit the Chinese economy really hard. On top of that China also started a trade war with the Australians, even though it already had an economic spar with the USA. Chinese regulators are concerned about the increasing debt-to-GDP ratio, which is going out of their control. According to the Chinese Academy of Social Sciences (CASS), the debt-to-GDP ratio stood at 245.4 per cent, at the end of the third quarter in 2019. But by the third quarter of 2020, it jumped to 266.4 per cent. For the whole of 2020, it is expected to hit 275 per cent.

Read more: China stands between a mountain of debt and an acute shortage of money and it will have to choose either one.

China is in a very serious economic situation, and its efforts to create an Aatmanirbhar China have gone down a very slippery slope. The picture is so grim, that the country’s importers are not even able to afford India’s fish exports. This is linked to the deplorable economic situation of the citizens of China, because of which the demands have gone down.