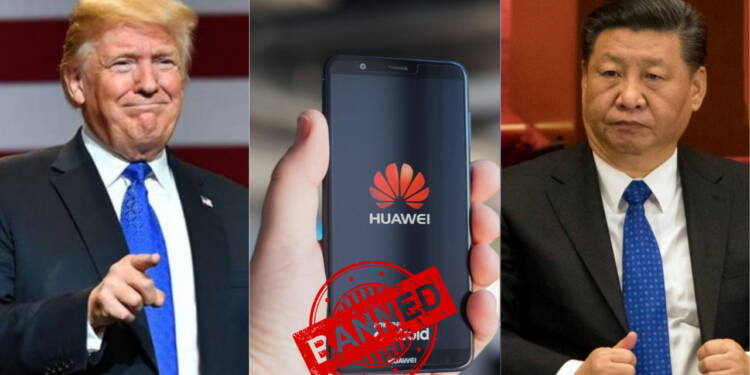 In July, Donald Trump designated China’s two telecom giants Huawei and ZTE as “national security threats”. And he has not looked back since. With his last few days still left in office, Donald Trump is unrelenting on his mission to weaken the Chinese telecommunication giant, Huawei and has now revoked licenses of major US firms to sell equipment to it. And with that has slammed the last nail on the coffin of the already reeling CCP’s Huawei.

In the last few months, Trump has been working tirelessly to deliver steady and effective blows to rid the United States of Chinese influence. Even in his last couple of days left in the office, he is still going after Huawei as he certainly believes that it is a major national security threat. Trump’s latest action to ban the sale of semiconductor products will hit Huawei hard. China does not have a world-class semiconductor facility, unlike the US.

Even though Biden’s arrival into the White House is now imminent, Trump has done enough to ensure that China’s belligerence is scrutinised worldwide and if Biden does decide to reverse any executive orders, then it will become a politically infamous one.

Huawei’s semiconductor suppliers have been notified, including Intel, that their licenses to sell to the Chinese company has been revoked. Furthermore, it has also been apprised that the administration would reject dozens of other applications to supply to the telecommunications firm.

The commerce department said that while it could not comment on other licensing deals but added that the department works continuously with other agencies to ‘consistently’ apply licensing policies which ensures the protection of “U.S.’s national security and foreign policy interests”.

With Huawei shutting up its shops more often than not, its Chairman’s prediction in 2019, that 2020 would be a ‘difficult year’ certainly came true as Trump’s ban on Huawei was followed by many other states worldwide.

This could be or is certainly Trump’s last blow, albeit an effective one to the Chinese telecommunication giant, Trump has made sure that Huawei’s tech, that is infamous for its spying and thieving activities remains outside the borders of the United States.

Read More: With US blacklisting, Xiaomi is poised to become the next Huawei and its plunging stock bears testament to that

From Huawei to WeChat and TikTok, Trump had been on a crusade against the Chinese companies to put “America First.” Trump banned SMIC and CNOOC along with 35 others, prohibiting them to carry out their business in the United States and carry out technology theft, an activity that is synonymous with Chinese firms.

Trump’s trade war with China, for the first time, put illegal, belligerent and illegitimate actions of the CCP in the limelight. Trump attacked the Chinese on more fronts than possibly any other US president. From Xinjiang to the South China Sea and Taiwan to Tibet, Trump made sure that his words are delivered with actions.

Standing up to the rising Chinese animosity Trump effectively brought together the ‘Quad’ limiting Chinese bellicose behaviour in the Indo-Pacific. Emboldened by it many other states joined, though outside the structure of the Quad, to keep the ‘Indo-Pacific’ free and fair.

This is Trump’s last hurrah as the President of the United States against China, but it is one which will define the future policies of the United States under the incoming Biden administration. Moving away will have a political cost so distasteful that Biden would steer clear of making radical reversals based on political animosity.