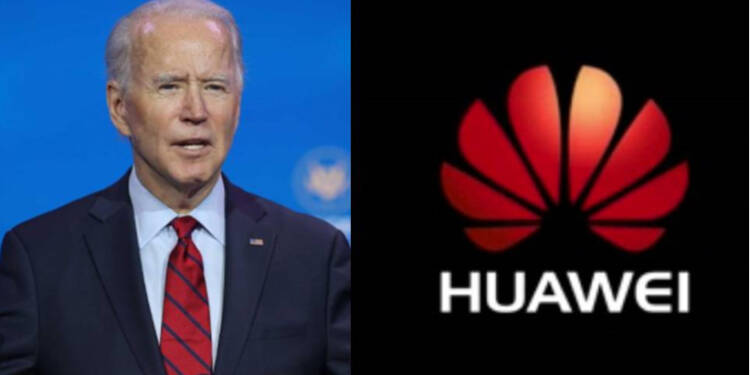 With roughly a month to go for the presidential inauguration next month, leading to Joe Biden entering office as the 46th President of the United States, definite hints are emerging of the Democrats in fact continuing Trump’s stringent anti-Huawei stance, if not his Indo-Pacific and anti-China policy in entirety. Considering the liberal mascot and pro-China crusader that Biden has made himself out to be, many were of the opinion that all of Trump’s anti-CCP decisions would be reversed as soon as Biden becomes President.

However, the signals now emerging are that the Democrats, led by Joe Biden, are convinced that a stern China policy must be maintained. Importantly, the Federal Communications Commission (FCC) voted to deny Huawei’s application for a review of June’s action to declare Huawei a national security threat. From within the FCC, two Democrats voted in favour of action against China Telecom and Huawei.

The FCC determined at its meeting on December 10 that there was “overwhelming evidence of Huawei’s close ties to the Chinese Communist Party and China’s military and intelligence apparatus”.The FCC said it agreed with the stance “that Huawei poses a threat to the security and integrity of the nation’s communications networks or the communications supply chain.”

More interestingly, The Washington Post, which is arguably one of the most pro-democrat and pro-Biden media outlets in the U.S. recently covered a story which would have ideally been given a miss if Trump had won a second term. However, through the Washington Post, the Democrats are telling not just Americans, but the world at large that under them, Huawei and other companies from China will not be provided with any mercy, contrary to popular belief.

The Washington Post reported how Huawei has worked with at least four partner companies to develop surveillance technologies that claim to monitor people by ethnicity, more specifically – Uighur Muslims. In what comes as bizarrely of the highest order, Huawei has been found to have developed an artificial intelligence surveillance technology, which includes a face-scanning camera system that can send a “Uighur alarm” to police after detecting a member of the group.

Huawei, according to The Washington Post, has worked with several security contractors to develop surveillance products based on the ethnicity of users. With such products, Huawei is aiding the CCP and police to identify Uighurs and ‘suppress potential protests’ organised by them. Of course, Huawei denied all such claims. Nevertheless, the Chinese tech major has been given multiple hints now that its journey around the world, and specifically in the United States will be no bed of roses under a Biden administration.

The exclusive story by The Washington Post comes amidst reports that a purported Biden administration could look to letting go of Meng Wanzhou, Chief Financial Officer (CFO) of Huawei currently detained in Canada on a U.S. warrant. As such, the Huawei CFO could be returning to China as soon as a Biden administration takes over. However, latest signals emerging out of the Democrat camp seem to have put such theories to bed, and most certainly, Huawei will be dealt no leniency under to-be President Joe Biden.

Democrats themselves, and their lackeys in the media are enthusiastically going anti-Huawei, and as a consequence, anti-China. It seems that Joe Biden and his coterie have realised that getting romantically associated with China in the present circumstances would be suicidal, which is why contrary to their personal motivations, the Democrats are increasingly beginning to toe the Republican line on the paper dragon.

Is the Silicon Valley so disillusioned by Democrats that it is deciding to shift base?