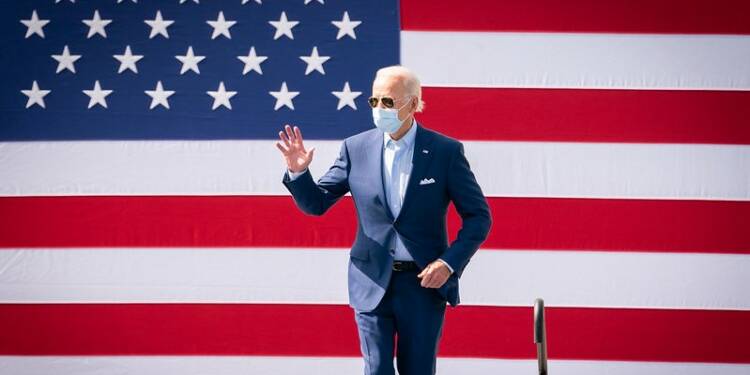 Since the Obama administration, the Democratic Party has a very successful history of destroying alliances and creating a big wedge between the US and its allies. President Donald Trump was able to heal the alliances and friendships which Obama had left with deep wounds. However, Trump’s successor Joe Biden seems to have taken it as a task to undo them.

Joe Biden is hell-bent to make the USA detached from its allies and undo all the strong alliances and friendships of mutual benefit that the Trump administration may had stitched. The most significant development during the Trump administration was the normalisation of relations between Israel and many MENA (Middle East and North Africa) countries which has brought stability in the Middle East. However, it is the Middle East which would be the first casualty of Biden administration’s disastrous foreign policy choices.

Israel is making its unhappiness with the new US administration known as an Israeli news broadcaster, Channel 12 news quoted “a very senior Israeli official” in the Netanyahu government as saying, “If Biden adopts Obama’s plan, we will have nothing to talk about with him.” This was in response to changing the Trump policy of supporting Israel’s West Bank control. Neither the Israelis nor the Gulf countries have faith in Biden when it comes to mediating peace between the Jewish nation and Palestinians. And by attempting to detract the region from the new normal, he has miffed all the allies in the Middle East.

Read more: A fuming Netanyahu and an angry MBS – Why the USA will lose both Saudi and Israel together.

Saudis are also concerned about Biden’s desire to re-enter the 2015 Joint Comprehensive Plan of Action (JCPOA) with Iran. Saudi Arabia and its Gulf allies like the United Arab Emirates are deeply concerned about Iranian ballistic missiles and Tehran’s vast network of regional proxies and militias spread all across the conflict-prone region. The efforts by Biden to get back to the Obama era’s Nuclear Deal, will be a betrayal to the long-standing US allies in the Middle East.

While the situation in the Middle East is deteriorating, the USA is also in the process of losing friends in the Indo-Pacific and even in East Asia, which has been the USA’s shield against communism. The allies in the region like South Korea and Japan are giving subtle suggestions to Joe Biden to follow along with the Trump administration’s foreign policy. South Korea’s President Moon Jae-in is now making it known to Biden that Seoul would expect Biden to follow Trump’s policy approach in the region. Recently, Moon even asked Biden to hold dialogue with North Korea and build upon the progress made by Trump and Kim at their first meeting in Singapore.

In addition to South Korea, Japan too has concerns regarding Biden distancing himself from Trump’s terminology for the initiative, intended to promote free trade and security partnerships in the region to counter China’s maritime and economic presence there. During a phone conversation with Suga in November, Biden called for a “secure and prosperous” Indo-Pacific instead of “free and open” Indo-Pacific. And it is not only East Asia, but the whole of Indo-Pacific geographical spread is also concerned, with countries of South East Asia making a tactical retreat from being a China hawk to now buying Chinese vaccine to placate Beijing and get in its good books.

Read more: The reason why Indonesia bought the Chinese vaccine despite its 60 odd per cent efficacy.

No country has any shred of confidence in Biden following a pragmatic foreign policy, and in those lines, the world is backtracking on the US over its promise to snub the Chinese telecom giant Huawei’s 5G technology. After Southeast Asia, now even Latin America has gone back on their promise to kick out Huawei. US allies don’t trust the 46th American President with his policy towards China and there is a lot of uncertainty as to whether Biden will take a tough line against China. So, nations appear to seek a balance in their strategies.

Now last but not the least, the US relations with India, which many if not all the analysts believe to be the most important bilateral for the USA. Biden has intentionally or unintentionally has brought in all those people into the administration who are against the current dispensation of India. And when one country employs people who have disregard for the choices of the people with whom you want to foster relations, and then you have got the metrics wrong.

Thus, Joe Biden with his helter-skelter approach towards coordinating with US allies and not considering their interests may very well jeopardise all the alliances that Donald Trump had built and tried to sustain.