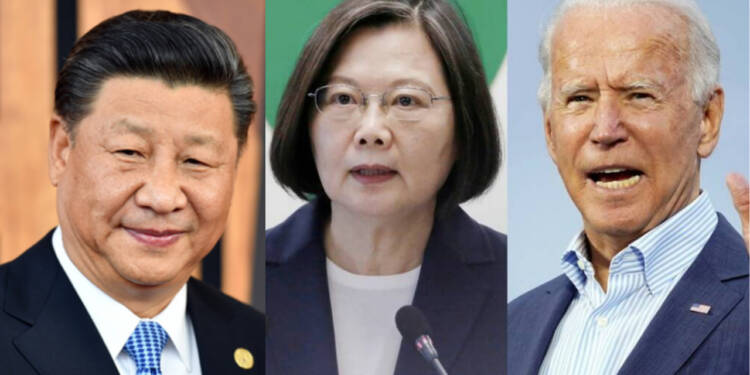 As soon as the transfer of power took place in the USA, China has started to become aggressive again. Due to the shaky attitude of the new US President Joe Biden towards China, Beijing has now restarted its bullying and belligerence, which is evident with its latest posturing over Taiwan.

According to a Bloomberg report, China is once again warning world leaders not to increase ties with Taiwan in a borderline warning tone. If the countries relent to the Chinese demands, it will not only impact Taiwan but can also pose a serious challenge to the liberal world order.

Taiwan holds immense importance in the information technology sector, particularly for the supply chain of semiconductor chip manufacturing. In addition to this, Taiwan is a living example of how China’s Communism is not the only way. And for these reasons, as well as myriad other reasons why the world’s democratic countries, especially Japan, India, Australia and France who are capable enough, should work together to save Taiwan and its vibrant democracy.

As long as Donald Trump was the President of the US, he continued to be aggressive towards China and never minced his words regarding the US support to Taiwan. Until then, China could only look from far away as Taiwan was improving its relationship with other countries. But as soon as Biden replaced Trump, his willingness to work with China has shunned Taiwan to look out for itself.

The Trump administration banned Beijing’s access to future technology by attacking its semiconductor industry. The USA banned the Chinese companies from accessing US chip technology, as well as the supply of semiconductors from Taiwan’s largest chipmaker TSMC and other manufacturers.

If China turns the threat of invasion of Taiwan into reality, then the chip factories of TSMC, that is, Taiwan Semiconductor Manufacturing Company may be the first to suffer. The way TSMC has grown its business and is going to incur a capital expenditure of $28 billion for this year suggests that it will be the first to fall prey to any Chinese aggressive policy. Taiwan is a serious issue for Chinese security policy and China considers it, it’s part. In such a situation, China would want to capitalise on the weak US attitude and pressurise Taiwan to the maximum extent.

Mathieu Duchatel, Director of the Asia program at the Institute Montaigne, Paris, says, “While Taiwan’s position in the global chip supply chain has a huge strategic importance”. From mobile phone companies like Apple to car manufacturing companies like Volkswagen AG of Germany, Ford Motor Co. of the USA and Toyota Motor Corp of Japan also depend on Taiwan for the supply of semiconductor chips. TSMC is the world’s largest manufacturer. In line with this, it is evident that if China controls Taiwan then it will also control the supply chain of the semiconductors and it will become a node for the world’s supply of future tech hardware.

Perhaps given the long term impact that this may have, countries ranging from France and Germany to the US and Japan along the EU want to see a Taiwan, which is democratic and follows the international rule so that its chip manufacturing can be secured.

Read more: On Day zero of Biden, India-Japan and France launch a parallel Quad like body to counter China

But if China invades Taiwan and takes control, then it will control the export of TSMC, and due to its intervention, the global supply chain will be disrupted. In such a situation, France, which is trying to increase its presence in the region along with other democratic countries of the world, especially the Indo-Pacific countries like India, Japan and Australia, should immediately stop China’s growing movement in a well-planned manner. This will not only save the supply chain of semiconductor but will also protect the democratic country. Now it is to be seen how these countries compete with China in the absence of America.