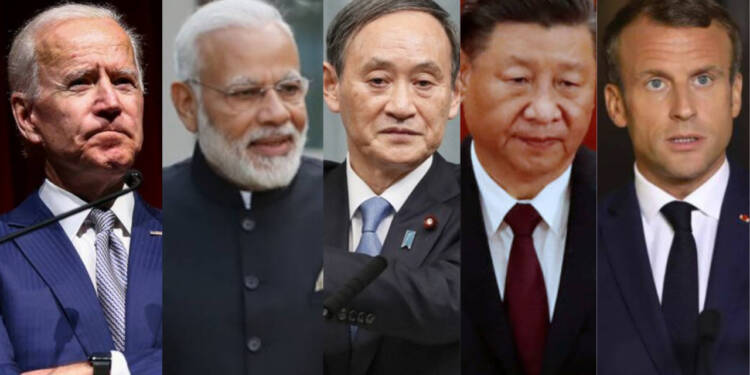 With Biden’s inauguration upon us now, the threat of a moderate US policy on China is imminent. With no such indication to be tough on China, US allies and strategic defence partners have taken the resolve for a free and open Indo-Pacific into their hands as France, Japan and India come together to form a strategic triangle to back the Indo-Pacific vision to counter China.

Since the pandemic, China’s assertiveness in the Indo-Pacific has been on a rise, but India’s active involvement, with support from the United States, Japan and Australia helped keep the rise in check. The United States under Donald Trump had been a major backer of the Quad and was unrelentingly pressurising China on all fronts.

China’s belligerence and illicit activities came to fore on the world stage as President Trump’s various policies tightened the screws on the CCP. Incoming US President Joe Biden is not cut from the same crop, an ardent believer in moderate policies, and with a deep state agenda to adhere to, the US allies are apprehensive that a weak US policy on China would be detrimental. Therefore, the like-minded powers are coming together.

In the growing convergence between the “strategic triangle” of India, France and Japan, all three countries firmly supported the Indo-Pacific strategy against China, which has acquired increasing popularity within the region’s democratic nations and around the world.

India’s Foreign Secretary Harsh Shringla speaking at a virtual event said, “India, France and Japan are leading stakeholders in the region and with other like-minded countries, it is upon us to ensure that the Indo-Pacific remains peaceful and open, taking into account needs and concerns of all its inhabitants.”

“An Indo-Pacific guided by norms and governed by rules, with freedom of navigation, open connectivity, and respect for the territorial integrity and sovereignty of all states, is an article of faith for India,” Shringla added, asserting India’s will to work with like-minded nations in the region.

French envoy Emmanuel Lenain, who was also present at the virtual meet said, “We are building piece by piece a strategic triangle between Paris, Tokyo and Delhi committed to a rules-based Indo-Pacific order.”

Japanese envoy Satoshi Suzuki, highlighting his country’s unwavering commitment to the vision of a free and open Indo Pacific and stated, “free and Open Indo-Pacific vision has been the core diplomatic concept that Japan stands on.”

Biden has already hinted at reversing many of Trump’s policies on China, scaling back the trade war, essentially, he will let China go Scott’s free apart from puny restrictions on Human Rights, as if that worried China, who is now part of the UN’s Human right’s council.

Thus, in view that a weakened US policy on China under Biden would be detrimental to all the efforts made to keep a check on China’s rising belligerence like-minded powers are coming together. They understand the need to look forward and identify the newer threats unlike Joe Biden, whose whole administrative picks are stuck in the cold war with Russia in the previous century.

With Trump gone, it’s up to Indian Prime Minister Modi, to lead the way in the Indo-Pacific to keep it “free and independent”, especially from China’s animosity and the vision to achieve that has already started to take shape.