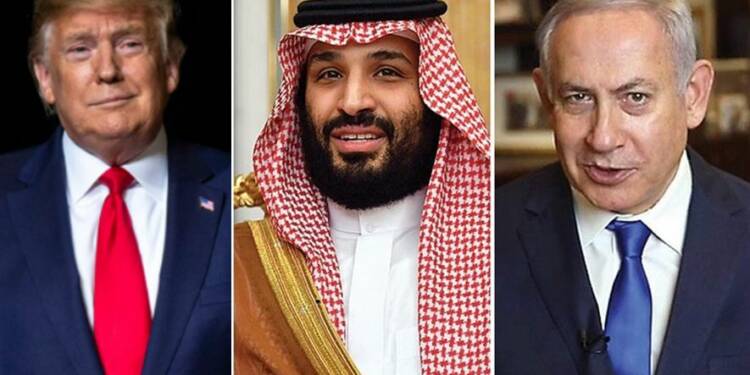 Donald Trump might be leaving the White House, but his legacy continues to shine. And at the top of his legacy is going to be Trump’s success in negotiating peace between the Arab world and the Jewish nation of Israel.   Take the Dakar Rally in Saudi Arabia, for example. The annual rally, which is now held exclusively in Saudi Arabia, was somewhat different this year.

There were two teams at the rally whose presence would have been unthinkable even a year ago. A total of ten Israeli drivers, navigators and support staff entered Saudi Arabia, for the annual event. Simply put, Trump is leaving us with a world in which the Israeli passport is welcome in Saudi Arabia. But now with Biden’s accession to power, we don’t know if this unique world order will survive.

Needless to mention, Saudi Arabia remains the undisputed king of the Muslim world. Traditionally, it was also an ardent supporter of the Palestinian cause. It refused to maintain official or diplomatic ties with Israel. And then, there was always the issue of antisemitism in Saudi clergy and this prejudice used to rub off on other Arab States.

But things changed last year, when the Trump administration brokered several peace deals dubbed “Abraham Accords” between Arab nations like the UAE, Bahrain, Morocco and Sudan on one side and Israel on the other. Saudi Arabia consented to the finalisation of such agreements as the undisputed leader of the Arab Muslim world.

And the consequences are for everyone to see. Saudi Arabia and Israel are yet to formally sign an “Abraham Accord”, but the two nations are already embracing each other. Their commercial, cultural and even strategic ties are getting stronger. So, Riyadh allowed Israeli airliners to cross Saudi airspace, which also slashed flight durations.

But you know, when the American interventionist lobby is at the helm of affairs in the White House, conflicts and divisions somehow find a way to play up themselves. Now, Biden is about to assume office and his Secretary of State nominee Tony Blinken has already suggested that the Palestine issue could spring back to life.

Blinken has indicated that Biden would push harder for a separate Palestinian State. The nominee said, “The only way to ensure Israel’s future as a Jewish, democratic state and to give the Palestinians a state to which they are entitled is through the so-called two-state solution.” Any such attempt by the incoming Biden administration to revive the Palestinian cause can easily disturb the delicate balancing that the Arabs and Israel have achieved with Trump’s successful mediation.

If the Palestine issue gets played up, Riyadh and other Arab power centres might feel compelled to start criticising Israel all over again. Israel, on its own part, would find it hard to understand the compulsions that guide the Arab world. Trump has given us a peaceful world in which Israelis can race cars in Saudi Arabia, but Biden can snatch it away very easily.