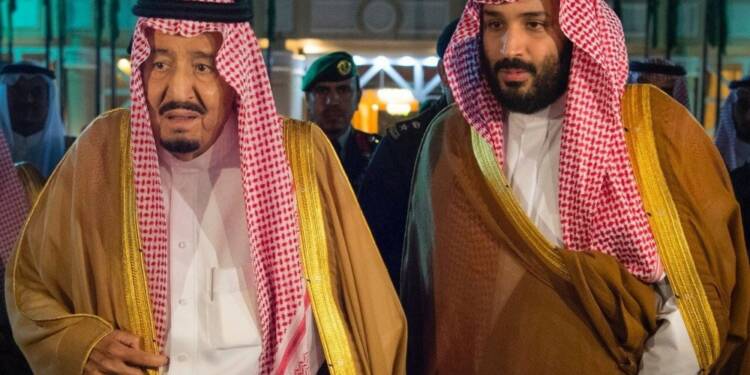 Saudi Arabia is starting a storm in the Middle East and the Muslim world. And as an increasing number of countries are now becoming a part of the Abraham Accords, no one can deny the role of Saudi Arabia in nudging as well as encouraging countries towards these accords. This became more obvious by the fact that a prominent newspaper associated with the Saudi royal family put the Israel-Morocco deal on its front page. And this came days after the Saudi Prince Turki bin Faisal ranted against Israel, thus providing a new perspective regarding what is going on in the Middle East and the Muslim world.

As Morocco and Israel re-established full diplomatic relations, now the list of the Islamic countries part of the accord includes Bahrain, UAE and Morocco. One obvious question is, when will Saudi Arabia join the list, and are these current actions in any way shape or form being encouraged by Riyadh? The answer becomes obvious when we see the newspaper (close to the Saudis) gave the signing of the agreement on a front page. The Saudis under the leadership of Crown Prince Mohammed bin Salman (MBS) are implicitly supporting these agreements and may even be doing all the work behind the scenes, to prepare a groundwork before the signing of the Saudi Arabia-Israel agreement.

However, recently Saudi Prince Turki bin Faisal made many critical comments on the Israelis and even called them the last colonizers of the Middle East. This showcases the generational divide among the Saudi leadership and why MBS is not able to decide entirely for the normalisation of relations with Israel. This is why the crown prince has to take the long route and strategies in a stepwise manner.

Firstly, he is trying to make every gulf nation, leaving the Turkish lackey, Qatar aside, signing a deal with Israel. This is a way of pressuring the dissidents emanating from within the country and finding resonance in the Muslim world. MBS needs to take care of this dissent on a priority basis, given it can be a really messy situation if he takes the leap of faith and the dissidents try to usurp him from his position at that moment.

This is why Saudi cannot simply hug Israel and become friends leaving aside all the previous enmities and the religious baggage that is attached to all of it. Saudi is the home to Wahabism and the protectors of Mecca and Medina, the two most prominent places of Islam and doing a deal with the Jewish state in control of Jeruselum is not a piece of cake. If MBS does not tread the path carefully, then surely he will find himself delegitimized by the religious institutions. Saudi cannot just follow after its friends UAE and Bahrain as it carries the most of the baggage of being the representative of Sunni Muslims. Thus, it wants to show that it can sign a deal with Israel, but it will be the last Gulf nation to do so. Riyadh wants to push other Gulf nations to sign a deal with Israel first and employing this, weaken the critical forces back home and after cleaning the ground go ahead with the deal. This is a show of undisputed Gulf leadership.

MBS has control over the situation and is moving in a planned manner to work out a deal with the state of Israel, however, he is treading carefully given all the risk attached to it. The risks are so high that even the Senior Advisor to Trump, Jared Kushner said, “Israel and Saudi Arabia coming together and having full normalization at this point is an inevitability, but the timeframe… is something that has to be worked out.”

The sheer magnitude of these deals provides the context as to how risky it is for the Saudi crown prince to create normalisation in relations of Saudi Arabia Israel. And with the Saudi newspapers publishing the Morocco-Israel re-establishment of relationships on the front page, Riyadh is being implicitly involved in the process and in due course of time will normalise its relations with Tel Aviv.

After meeting PM Modi, Uzbekistan willingly agrees to join the INSTC which will connect India and Russia through Central Asia