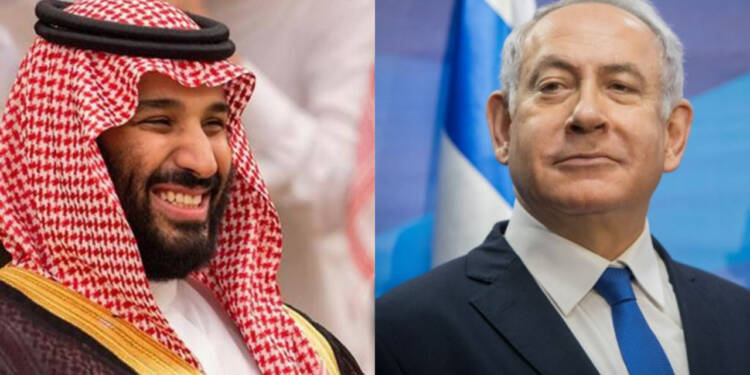 Saudi Arabia and Israel are coming closer by the day, however, given the historical baggage and many other complications, the relationship will take a little longer to be official. Yet, as per news reports, Saudi Arabian businesses and companies are planning to invest in Israel by routing their investments through Bahrain, which is a trusted friend of Saudis and has recently normalised relations with Israel as part of the Abraham Accords. This is a step in the right direction and was much-awaited since it was the tactical nod of Saudi Arabia, which was the major factor in the UAE and Bahrain signing the accords with Israel.

As per news reports based on a source who was in Bahrain last week, multiple Saudi companies are considering business transactions. To be precise, the investors are mostly interested in Israeli hi-tech. According to Jerusalem Post sources, “It’s very interesting and a sign of how sentiment about Israel is changing” in Saudi Arabia.

All this points out only in one direction, that is, Saudi Arabia is willing and ready to normalise relations with Israel. But the historical baggage, the geopolitics of the region, and religion are some of the many conflicting points which Riyadh wants to address before moving on with the normalisation process. Meanwhile, trade and business can be the much-needed vent for the long built steam to dissipate and things become a little bit smoother going forward.

MBS needs to take care of this dissent on a priority basis, given it can be a messy situation if he takes the leap of faith and the dissidents try to usurp him from his position at that moment. Saudi Arabia is the home to Wahabism and the protectors of Mecca and Medina, the two most prominent places of Islam and doing a deal with the Jerusalem-controlled Jewish state is not a piece of cake.

If MBS does not tread the path carefully, then surely he will find himself in a situation where his authority and his position as the next King becomes delegitimized by the religious institutions. Saudi cannot just follow after its friends UAE and Bahrain as it carries most of the baggage of being the representative of Sunni Muslims.

The possibility of trade and investment between Israel and Saudi Arabia will create a complex interdependence, which will improve the perception of both the countries among their citizens. It will then, be a great initiative in the process of further normalisation of relations between the two nations going forward.