Deep state puppet Biden had a realistic chance of making the Arabs way stronger than Iran, but he totally blew it 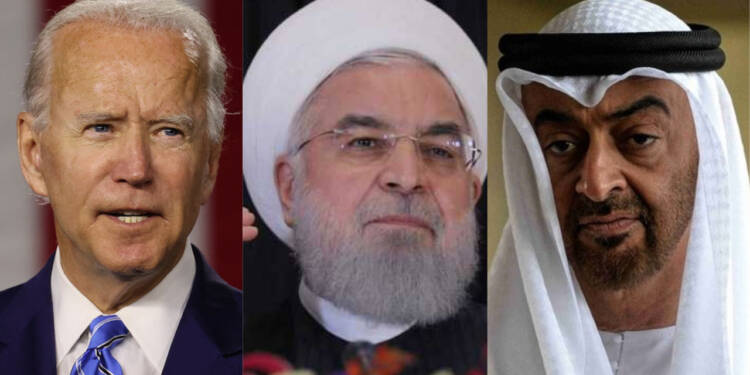 The USA under Donald Trump with the able assistance of Jared Kushner was able to build a very solid and intimidating coalition of Middle Eastern allies. The Abraham accords were the most important development in the region for a long time because they diminished the divisions and fault lines which were created and fostered in the region by many players, including the deep state in the United States of America. This would have given the USA a real chance to make its allied Arab nations much more powerful than Iran and turn the balance of power in the region entirely in its favour.

However, this is not something that is profitable to the deep state and the war lobby. So, with the coming of their puppet Joe Biden in power, the deep state has started vociferously taking down Trump’s policy mega-projects, and the Middle East which is full of prospects as an important player in the world’s arms race is their first target. Joe Biden and the deep state understand that for the USA to keep prospering, it needs regions in the world which are fraught with war and terror so that its weapons industry keeps flourishing. They want to keep the fault lines in the Middle East open at such an equilibrium that all states keep on spending on the weapons purchase and be dependent on the USA for weapon sales.

Biden is adamant to bring back the policy direction of the Obama era in line with the deep state reclaiming their lost territory. The new US administration has been sending obvious signals of bringing back the Obama era’s disastrous Iran Nuclear Deal, and the USA’s envoy to Iran, who has been endorsed by all the anti-Israel leftist lobby in the USA, is the most obvious spectacle of the same. In addition to this, the restart of the US aid to Palestine, as well as pausing the weapons sale to the UAE and Saudi Arabia have made the USA’s allies in the Middle East royally miffed.

While Biden may think that he and his administration will be able to undo all the actions of the previous Trump administration and reverse the clock back to the Obama era, it will not be realistically possible. However, the deep state and the Joe Biden administration have been successful in one aspect – handicapping its US allies in the Middle East.

Read more: Biden is finishing the act of antagonising Israel as started Obama, and Netanyahu is furious.

Donald Trump was neither naive nor willing to get played by Hamas and Hezbollah. ButJoe Biden, in his efforts to revive the Obama era foreign policy, will become a juggling tool in the hands of Hamas and Hezbollah while throwing the whole region back into the fumes of proxy wars and instability. This places out exactly as the deep state and the USA’s war lobby would want things to pan out to keep creating instability far away from the USA and profit from the war.

After winning a possibly rigged election, Democrats aim to increase their winnability by trying to convert Washington DC into a state

Did the US and China just hold a secret meeting?