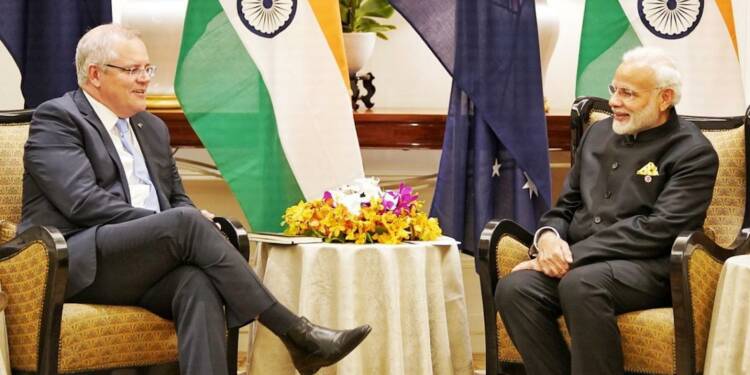 Chinese belligerence and bullying of the Australians have turned out to be their biggest mistake. Beijing lost a precious trading partner, just to feed Xi Jinping’s ego. China thought that by unilaterally stopping the import of Australian goods, Canberra would bleed and will have no option but to kowtow to the Chinese. This perception became more pronounced with the coming of the Biden administration, which is believed to be going much softer on Beijing and putting its allies in a compromising situation.

China has been putting out hints (global times) that Australia must return to its fold and restore ties as they were now that Trump is gone, but Australia is not following that. Notwithstanding the Chinese threats and the possibility of the USA not supporting Australia, it is going ahead with its plan for shedding dependence on China and aligning its market interests and supply chains with India. As per the Australian Trade Minister Dan Tehan flagged India as Canberra’s top priority while looking at new trade opportunities across the globe.

With the coming of Joe Biden in power, China has become more alive. Beijing is suffering from its economy in tatters and the core issues are related to the shortage of Australian exports. The ban proved counterproductive for China as the Communist nation’s power sector, as well as the steel industry, suffered seriously because of Xi Jinping’s overambitious attempts to punish Australia. Power rationing became the norm in several parts of China. Requests to reduce electricity usage were made, which soon turned into authoritarian orders.

The Australians have now made up their minds to not relent to the Chinese pressure and any attempt from China to use any country as the third party will turn out to be counterproductive. This was in full public view with New Zealand doing the bidding of the Chinese. Trying to please its Chinese friends, New Zealand called Australia to “show respect” to the Chinese. In an effort, to reduce trans-Tasman tensions, the Minister of Trade of New Zealand phoned his Australian counterpart when he suggested Canberra to “show respect” and behave more diplomatically towards China.“I can’t speak for Australia and the way it runs its diplomatic relationships but clearly, if they were to follow us and show respect, I guess a little more diplomacy from time to time, and be cautious with wording then they, too, hopefully, could be in a similar situation,” O’Connor told CNBC on Wednesday.

In such a scenario, when the natural allies of Australia, leaving it for the Chinese, like New Zealand and the fact that the USA may not stand by Australia in its further escalation of the trade war with China, Canberra is looking at India as the best-case scenario as the most important ally in the new decade and the replacement of China as a market for its exports.

‘A Chinese stooge and bad news for India,’ Biden’s UN ambassador pick is trouble for India at the UNSC