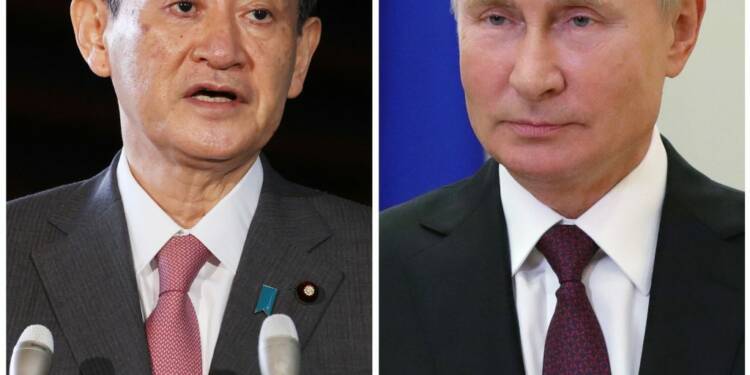 Japan, an US ally, hates China, but Biden is not going to help Tokyo punish Beijing. Russia also hates China albeit secretly and again Biden would choose to befriend China if asked to choose between Moscow and Beijing.

So, the geopolitical developments are ripe for a Russo-Japanese alliance against China. And this is what is happening after Biden’s rise to power. The US is no longer leading from the front in the battle against an authoritarian China. And therefore, Japan and Russia are coming closer to each other. From the southern Kuril Islands to the Russian Arctic, Tokyo and Moscow are looking to cooperate on all fronts.

As per TASS, Russia’s largest news agency, Japan’s Foreign Minister Toshimitsu Motegi disclosed plans to carry out a joint economic activity with Russia on the Southern Kuril Islands. Motegi made these remarks on Monday during a program speech at the opening session of the Japanese Parliament.

The Japanese Foreign Minister said, “We are steadily working on carrying out joint economic activity [with Russian] on four northern islands (called Southern Kurils by Russia), as well as on humanitarian projects for their former residents.” He added, “As the ones responsible for the negotiation process, we are working on promoting it in accordance with the policy aimed to resolve the territorial issue and sign a peace treaty [with Russian], following the agreements reached in Singapore in 2018.”

This is a highly symbolic move on Tokyo’s part. The Kuril Islands dispute– a legacy of the Second World War, has been at the root of cold relations between Moscow and Tokyo. Now, the Suga administration in Japan is signalling that it is ready to bury the historical dispute. Russia and Japan shouldn’t be fighting against each other over a decades-old dispute, rather they should be fighting together against a common enemy- China.

Motegi himself emphasised the need for “close cooperation between Russia and Japan not only at the level of heads of state, but foreign ministries as well to resolve the issue of the Northern Territories.”

However, the Kuril Islands is not the only region where Moscow and Beijing are looking to cooperate. India-Japan-Russia maiden trilateral is looking at energy, coal mining, transport and logistics, maritime connectivity, diamond processing, agro-industry, forestry, pharma, healthcare, high technology, scientific research, capacity building, tourism, humanitarian fields as the areas in which cooperation is possible in the Russian Far East region.

The trilateral is thus trying to expand cooperation in the Indo-Pacific region. It is also looking to explore cooperation in the Russian Arctic. This is what makes a robust Russo-Japanese alliance that much more probable. The Putin administration remains concerned about China’s desire to stake claim over Russian Far East territories like the region’s capital city, Vladivostok.

The Kremlin is even more concerned about Beijing’s desire to develop a polar silk road, presumably as an effort to undermine Moscow’s centrality in the Russian Arctic. Russian President Vladimir Putin is therefore not ready to let Beijing get involved in these regions. In fact, Russian military deployments are more or less pointed against Chinese expansionism in these regions.

However, Russia is ready to cooperate with Japan in the Russian Far East and the Russian Arctic. Putin is likely to choose Tokyo over Beijing. And then, New Delhi also helps Japan and Russia get closer. India shares time-tested ties with both Moscow and Tokyo and therefore New Delhi can help formulate a Russo-Japanese alliance.

Thus, Japan and Russia are coming together to form an alliance, which would have been dismissed as fanciful and unlikely till very recently.