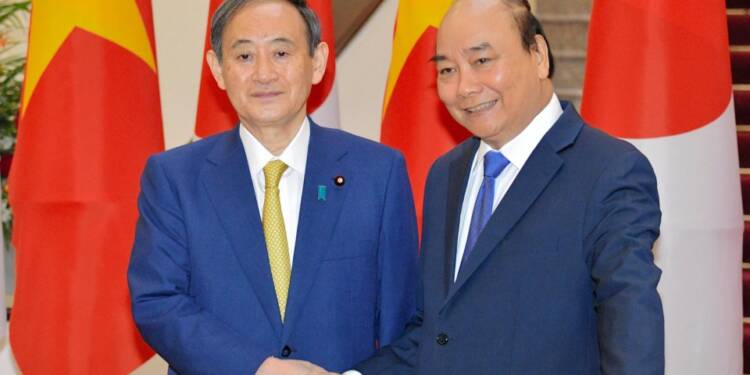 The South China Sea standoff is heating up. After Japan geared up in Senkaku islands, Vietnam and Philippine have made it known to China, that they do will not submit. The three East and Southeast Asian states are rising together in the face of Chinese animosity.

This comes in the backdrop of a law giving more extensive powers to China’s quasi-military coast guard that will come into effect from Monday. Japanese lawmakers stepped the demand to heighten the defence of Senkaku islands in the face of Chinese law. Meanwhile, following

Following Japan’s lead, Vietnam and the Philippines called China out and called on other Southeast Asian nations to decry the Chinese law. The problem with the law is that the region does not solely belong to China.

The Philippines has warned that China is “threatening war” after it authorised its warships to open fire on fishers and other ships plying through traditional waters.

Foreign Secretary Teodoro Locsin Jr. says the Chinese action “is a verbal threat of war to any country that defies the law”. Any nation not rejecting the law will be signalling its “submission”.

After reflection I fired a diplomatic protest. While enacting law is a sovereign prerogative, this one—given the area involved or for that matter the open South China Sea—is a verbal threat of war to any country that defies the law; which, if unchallenged, is submission to it. https://t.co/h2wHNPPH8n

Furthermore, Vietnam’s Foreign Affairs Ministry spokeswoman Le Thi Thu Hang said in a statement on Friday: “In the promulgation and implementation of national legal documents related to the sea, countries are obliged to comply with international laws, international treaties to which they are signatories, especially the 1982 United Nations Convention on the Law of the Sea (UNCLOS).”

The new Chinese legislation permits their coastguard to use”all necessary means” to stop or avoid threats from foreign ships. This includes the use of hand-held guns and arms used by ships and aircraft.

Furthermore, the law provides for the Coast Guard to demolish structures of other countries and inspect foreign ships on China’s reefs and in waters claimed by China, and to set up ‘if required’ provisional exclusion zones, to prevent the entry of ships and personnel.

Hours after the new law was passed, a simulated attack on USS Theodore Roosevelt was carried out with a flight of strategic H-6K bombers escorted by advanced fighters.

Filipino fishers employed on Thitu Island (also named Pag-asa) reported that they were pushed out of traditional waters by the Chinese coast guards and vessels.

As China passes the legislation, it remains in sovereignty disputes with Japan in the Eastern China Sea and other East Asian countries. Beijing has used coastal guard ships regularly to chase and harass fishermen from other nations, including to ram and sink them on many occasions.

Read More: As Jinping gives free hand to coast guard, Japan could immediately send its forces in case of any Chinese aggression at Senkakus

The law is further proof that instead of settling territorial disputes peacefully China wants to flex its naval muscles and coercively take hold of the disputed.

But rather than submitting to Chinese pressure and coercion, Japan, Vietnam and the Philippines have stood strong and have denounced Chinese actions which they rightly believe is equal to threatening war.

By vesting ‘extraordinary’ powers to its coast guards China has made a provocative move in a tense region. Japan, Vietnam, and the Philippines have made their stance clear on this unilateral provocation, hinting an escalation of conflict if the need arrives as they will defend their sovereignty and their territories in the East and South China Sea by ‘any means possible’.