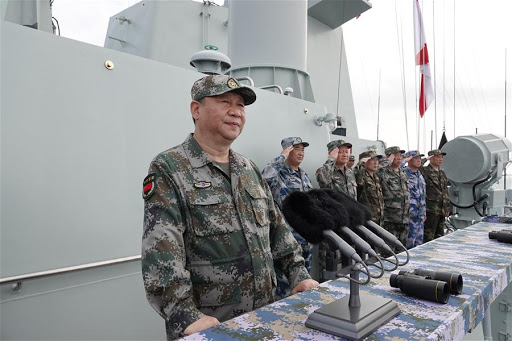 The PLA navy’s submarine division seems to be under immense psychological strain. The pressure of patrolling the contested waters in the South China Sea is getting too hard for them. The pressure has been so extreme that the submariners have developed “serious” psychological disorders.

According to a recently published study first reported by Stars and Stripes, Chinese submariners patrolling the contested South China Sea are suffering from “serious” psychological disorders.

Chinese researchers affiliated with the Institute of Military Health Management wrote an article this month in Military Medicine. They said, “One group of military personnel at high risk of mental health problems is the submarine force, especially in the South China Sea.”

The findings were found to be “significantly higher’’ than the Chinese military standards. The study found that 108 out of 511 surveys of Chinese submariners in the South China Sea showed signs of psychological disorders ranging from depression and anxiety to hostility.

“This study demonstrates for the first time that soldiers and officers in the submarine force in the South China Sea are facing mental health risks and suffering from serious psychological problems,” the researchers concluded.

While the United States maintains no territorial claims there. The U.S. Navy conducts routine freedom of navigation operations in the South China Sea with surface vessels for what it describes as a means of supporting “a free and open Indo-Pacific.” But recognising that life on naval vessels could be tough, the US Navy began embedding psychologists aboard aircraft carriers since the 1990s.

Psychological tests were not included in the military recruiting process of China until 2006, and mental health programs for Chinese soldiers are still in progress.

While being declared psychologically unfit, the navy itself lacks the technology or the men to make it a potent force. The Chinese People’s Liberation Army Navy, according to the latest Department of Defence assessment of the Chinese military, is the largest naval force in the world, but its capabilities still trail behind those of the US Navy.

More: Neither the technology nor the men to understand it, the Chinese Navy is a sorry excuse of a naval force

Furthermore, the analysts have cast a shadow over the fact that China will not be able to train the personnel required to man the warships. The publication quoting military sources said that the PLA navy’s training was still lagging and crews would not be adequately trained by the time the warships were launched.

Unable to properly train personnel and now psychological issues emerging in the submarine division, especially the ones in the South China Sea, a region that China claims to be a part of its territory. Despite being so close to its mainland, the Chinese submariners are still suffering from psychological strains. This puts a major question on the capabilities of the Chinese navy to mount any offensive in other parts of the world. This also puts in perspective that the PLA navy is in a sorry state of affairs as its recruit suffers from psychological “disorders”.