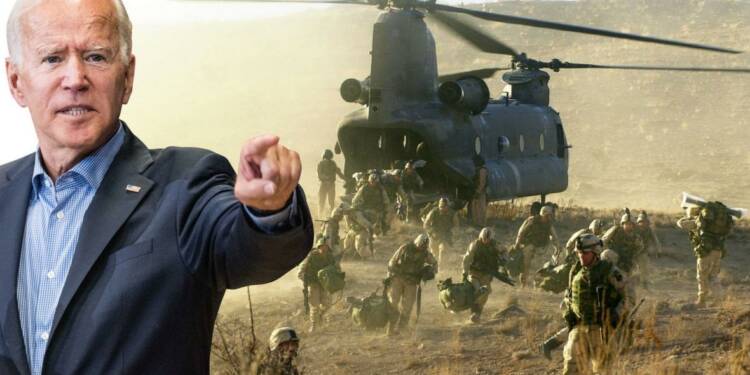 The Trump administration was the first administration in many decades, which did not start a new war and it was a great precedent to be followed. However, the recent development confirms the trend which was being hypothesised, that is, the Biden administration brings back the warring era of the USA. The Biden administration has said that it will review a peace deal that ex-President Trump made with the Taliban. This can be a precursor to the next four years of Biden administration, where the USA will not only retain the forces abroad but may even increase the footfall in Afghanistan and even more places. This means that the US soldiers who are serving on foreign soil will not be coming back home anytime soon.

The Biden administration has nixed its predecessor’s commitment to pull all NATO forces out of Afghanistan by May, Reuters has reported, citing four senior NATO officials speaking on condition of anonymity.”Conditions have not been met,” Reuters’ source said. “And with the new US administration, there will be tweaks in the policy, the sense of hasty withdrawal which was prevalent will be addressed and we could see a much more calculated exit strategy.”

The Biden team has been unapologetic in selecting the war lobbyists as part of its foreign policy team. The Obama era US Secretary of State, Kerry was the one advocating ‘use of force’. In leaked audio, he was heard saying, “I think you’re looking at three people, four people in the administration. I lost the argument. I’ve argued for the use of force. I’m the guy who stood up and announced that we’re going to attack Assad for the use of weapons.”

Read more: The infamous War Lobby is back in Washington DC and it’s terrible news for the entire world.

Earlier, the National Security Council spokeswoman Emily Horne disclosed that during his telephonic conversation, Sullivan underscored that the USA will support the peace process with a robust and regional diplomatic effort. She added, “Sullivan also made clear the United States’ intention to review the February 2020 USA-Taliban agreement, including to assess whether the Taliban was living up to its commitments to cut ties with terrorist groups, to reduce violence in Afghanistan and to engage in meaningful negotiations with the Afghan government and other stakeholders.”

Read more: Biden may soon send American troops to far off lands to get slaughtered fighting for the deep state.

Even Tulsi Gabbard mentioned that the Biden administration is going all-in with the war focused foreign policy, which was a norm before the non-establishment President Donald Trump was in power.

It’s not surprising that the Senate approved Blinken as Sec of State. After all, he is a warmonger as are most senators in both parties.

These developments and the addition of the review of the Taliban peace plan of Donald Trump, seems to be sending a clear signal, that the days of homecoming are far off and the US soldiers would be ready to toil for the deep state, hence, bringing back the establishment in the White House.