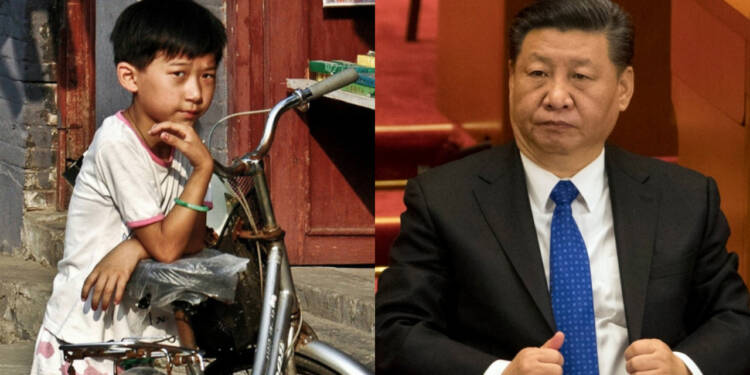 The Chinese Communist Party, doomed by the failures of their own policies are now trying to instil manliness in their kids. They are doing so, by blaming femineity, and all things feminine from mothers to grandmothers and even the female teachers. What is actually bizarre, is the fact that the whole world has this set of social beings, but only China is facing a sissy problem.

The Chinese Ministry of Education announced on Thursday that it will soon require the local governments and schools in China to increase the number of gym teachers, as well as to improve teaching practices that “cultivate masculinity.” The programs seek to enhance the mental and physical health of school children as the Department continues to conduct research.

The call to action is a response to top political adviser Si Zefu’s suggestion that the country needed to combat the increasing ‘feminisation’ of young men who he described as “delicate, cowardly and effeminate”.

In a document, Si said that the nation needed to “prevent young men from becoming effeminate,” blaming the women in their families – mothers, grandmothers and female teachers – for spoiling them.

The Chinese Ministry of Education’s top political advisor is concerned about the femininity in Chinese kids and thus has asked the male teachers to “combat the issue”. He also added that the concern is real and a “threat to the development and survival” of their nation.

The Ministry of Education’s call for beefing up their timid kids is a reflection of the failures of the ‘One-Child Policy’. Being a single child, the previous generation turned out to be a bunch of sissies, and this has impacted the PLA’s capacity to do more than just to posture aggressively.

Being a single child, these kids were raised and pampered by their parents and grandparents as ‘Little emperors’. They grew up alone and became too sensitive and soft for their use in PLA and it is evident. Their failures on China’s western front and now reports of grave psychological disorders among Chinese submariners, despite being so close to home proves that the generation under the ‘One-Child Policy’ is of little boys clad in diapers, so that they don’t wet themselves, and rolled up in cotton and skin moisturisers so that they remain plush to the touch.

However, as CCP has had a habit of going overboard with its practices, blaming mothers, grandmothers and the whole of femininity for CCP’s own policy failures will come back to haunt them.

The idea of increasing masculinity by submitting the other gender will raise a generation of wife-beaters, as they would have no other way to showcase their masculinity. Since they cannot fight the Communist government, they will show violence at home, trying to act masculine. From a generation of cotton nappy wimps to a generation of insecure wife beaters – these things only happen in China.